Paso High Alumnus to speak about career as set designer 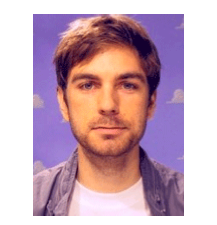 –Former Paso Robles Bearcat, Brett J. Banakis, will be back at his alma mater to speak to theater students about his journey, education, and successful career as a professional set designer in New York. The presentation will take place on Wednesday, Oct. 4, at 1 p.m. in the Paso Robles High School (PRHS) Performing Arts Center.

Banakis is a 2002 graduate of PRHS and earned his Bachelor of Arts in Theater Arts from UCLA and his Master of Fine Arts in Design for Stage and Film from New York University (NYU). Alicia Witman, who teaches English and the technical theater and advanced theater production classes at PRHS, got in touch with Banakis through one of his former professors at UCLA. She says, “Banakis is currently an adjunct instructor at NYU for the graduate set design program. He is also the scenic supervisor for the upcoming Broadway production of Harry Potter and the Cursed Child.”

Whitman says that his story should serve as an inspiration to current students in Career Technical Education (CTE) and visual and performing arts (VAPA) programs. She adds, “Technical Theater is one of 13 CTE pathways offered by PRHS. Classes, including a set design course, explore the backstage arts of theatre production. Students focus on set, lighting, costume, make-up, and sound designs throughout the year. Set design, specifically, is an aspect of theatre production that involves studying a script and creating a design that is functional for the play and also aligns with the director’s vision. This design path very often uses architecture programs to help a designer create the set digitally. When a design is complete and approved, students then move in to the physical aspect of building the set and making the creative design become a reality. As students progress into Advanced Theatre Production, they become responsible for three productions a year where audiences can see their work.

Having Banakis come all the way from New York, and his career on Broadway, to his home town and alma mater of Paso Robles, is inspiring as it is exciting.”

He represents all the hope we in the VAPA and CTE programs have for our students; that they will take their passion and knowledge further outside of high school and find successful careers that contribute to our communities and our cultures.”