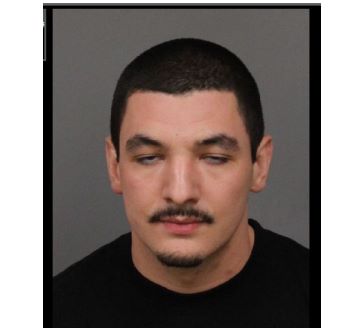 – On Sunday at approximately 8 p.m., a carjacking occurred in the 1200 block of Creston Road in Paso Robles, according to the Paso Robles Police Department. The suspect approached an occupied vehicle with his hand on his right side, implying he was armed, and demanded the victim get out of the vehicle. The victim feared the suspect had a weapon and immediately got out of the vehicle and the suspect fled in the victim’s car. The car was located a short time later unoccupied.

On Monday at approximately 8:50 a.m., the victim called and reported the suspect was currently walking on Creston Road. Paso Robles police officers contacted Richard Garcia, 29 years old from Paso Robles, who fled on foot. Garcia was taken into custody a short time later without incident. Garcia was booked into San Luis Obispo County Jail for resisting arrest, possession of methamphetamine, felony charges of carjacking and stolen vehicle, with a bail enhancement. Garcia was named earlier as a person of interest in an armed robbery with no additional information available at this time.