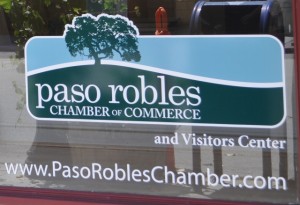 Joining the board for 2015 is Maria Escobedo, dean of the North County Cuesta Campus, Angel York, a Realtor at Home and Ranch Sotheby’s, Brad Koyak, Margaret Johnson, COO of Martin Resorts, and Bill Roof, General Manager of the Adelaide Inn. Returning for a second term is Mark Lisa, CEO of Twin Cities, and Stephanie Sawyer, a marketing consultant for Squawkdog.com.

The 2015 chair of the board is Daniele Fresca, returning for a second, one year term. Fresca is the marketing director for IQMS, a high-tech software manufacturing company located in Paso Robles. She has been integral in the repositioning of the chamber as the leader in north county economic development and enhancing member focused programming, the chamber says in a press release.

The newly elected board member bios

Maria T. Escobedo, Ed. D.- Cuesta College, Dean of North County Campus and South County Center. My professional experience consists of 20 plus years in the field of higher education, extensive experience in establishing sustainable partnerships with nonprofit and for-profit organizations, K-16 schools, and board members. I have held many leadership roles in my career and have been engaged in various committees/teams which utilize strategic planning and assessment as part of a decision making process. Serving as a Board Member for the Paso Robles Chamber of Commerce is to be part of an organization that has a great impact on the community. As the Dean of the North County Campus and South County Center, my partnership with the Chamber can help provide opportunities in assisting
our community members of all ages in planning for the next phase of their career or personal growth.

Angel York- Home and Ranch Sotheby’s International, Realtor. My name is Angel York and I have called Paso Robles home for 29 years. I have served as an Ambassador and Ambassador Chairman for the PR Chamber for over 8 years. I have served on the Business Expo Committee, the Annual Gala Dinner Committee and volunteered at these events every year. In 2013, I served as Chairman of the Gala Silent Auction Committee. At the Membership Drive, I was number 1 in recruiting new businesses to join the Chamber. I have attended numerous Ribbon Cuttings and Chamber Mixers. I would like to continue with the efforts made in partnering with city groups, organizations and businesses. I am finishing up my 4th year serving on the PR Airport Advisory Committee. I would like to see the Chamber and City benefit from utilizing the Airport as another gateway to Paso Robles. I believe in a collaborative effort with Travel Paso and the many attractions in our area; we could broaden the horizons and shorten the gap to this destination for the aviation population.

Margaret Johnson- Martin Resorts, Inc., Chief Operating Officer. Margaret has lived in Paso Robles for 12 years and has worked with the Paso Robles Inn for 11 years. She previously served a 2 year term on the Chamber Board of Directors several years ago. Margaret has been an advisory board member of the Travel Paso Robles Alliance for the past 6 years, since its inception. Margaret says the Board seat will allow her to be an active contributor in the Paso Robles Chamber of Commerce and looks forward to being part of the future of the Chamber. Being able to serve the community in a collaborative and forward thinking way is a strong motivator for her. Martin Resorts has supported the Paso Robles Chamber each year through facility use, live auction donations and continued membership.

It is my wish to help grow the commerce in Paso Robles in a way that is best suited for the community, local businesses and the traditions that make this town great, while encouraging modernization and growth.

Bill Roof- Adelaide Inn, General Manager. I have always been interested in Business to Business promotion as well as promoting Paso Robles as a destination. My main goal is to assist the Paso Robles Chamber of Commerce in achieving their objectives. Over the past ten years, I have been heavily involved with the Chamber, including previously serving eight years on the Chamber Board of Directors as well as holding the position of Chairman of the Board in 2009.

Mark Lisa- Twin Cities Community Hospital, Chief Executive Officer. Returning for a second term, Mark Lisa is the Chief Executive Officer of Twin Cities Community Hospital, a 122-bed general acute care facility. He joined the Twin Cities team in July of 2012. Prior to his current position, Mark was CEO at Doctors Hospital of Manteca, a 73-bed community hospital located in the central San Joaquin Valley of California, assuming that position in 2006. Mark is a veteran of the U.S. Navy, having enlisted as a Hospital Corpsman, and ultimately retired as a Naval Officer. He is a Fellow of the American College of Healthcare Executives. He has served with numerous civic organizations during his career. He holds a Bachelor’s Degree from St. Martins College, and a Masters in Health Administration from Chapman University College.

Stephanie Sawyer- Squawkdog.com, Marketing Consultant. Returning for a second term, Stephanie has taken a few twists in a 15 year career path while she traveled the globe and worked for companies such as United Airlines and Ashley Furniture Industries. In 2008 she put down roots on the Central Coast and has called the North County home ever since. Using both her corporate experience and Her passion for the community, Stephanie works with small business owners and nonprofit organizations as a marketing consultant. She specializes in social media, website design, copywriting, Facebook advertising and marketing planning. Stephanie’s goals for the 2015/16 Chamber of Commerce will be to update the look and functionality of the website and improve communication with our members and visitors to our area. She also plans to support the Paso Robles business community by starting a free monthly marketing clinic exclusively for our members.