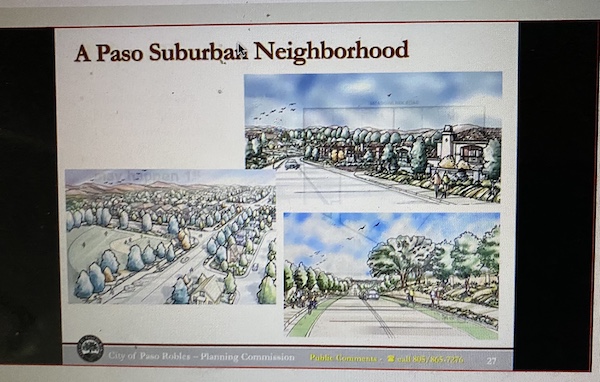 Community Development Director Warren Frace described the project to the Planning Commission Tuesday night. Then, at last night’s virtual public hearing, Public Works Director Dick McKinley talked about the project’s impact on water resources. Traffic engineer David Athey talked about circulation in the area and described plans for proposed improvements that would be paid for by the developers.

The meeting was virtual, but the city put it on Youtube. Interested residents can access the recording on the city’s website, PRCity.com. The presentation includes maps and diagrams that David Athey and Warren Frace shared during their presentation. The Paso Robles Planning Commission asked detailed questions of city staff and the developers.

Ultimately, the commissioners decided to continue the discussion of the plan to another meeting of the planning commission.