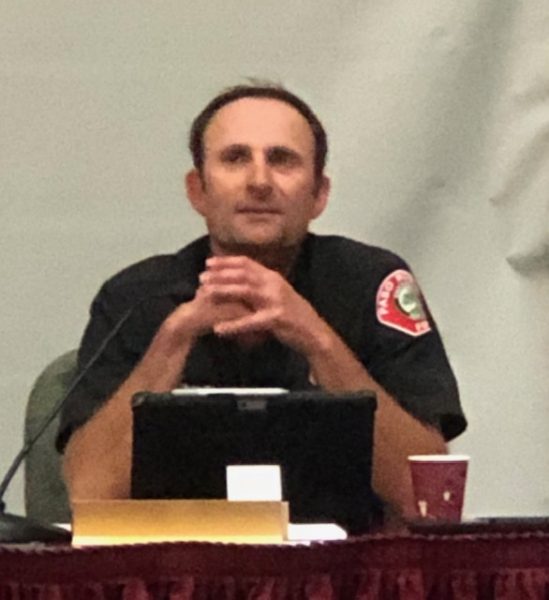 –The Paso Robles City Council met Thursday night, rather than Tuesday night, to allow council members and others to return from weekend getaways over Labor Day weekend.

Fire Chief Jonathon Stornetta gave a presentation on progress on the Riverbed Clean-up. He showed pictures of the progress made in clearing 150-foot swaths through the riverbed, removing underbrush and debris. He showed a pile of garbage including mattresses, recliners and other furniture removed from the riverbed near the 13th street bridge. He said there will be a Volunteer Clean-up Day on September 21st. He encouraged anyone interested in helping to contact David LaCaro with the City of Paso Robles Public Works Department. He said the Riverbed Clean-up is 55-percent completed. 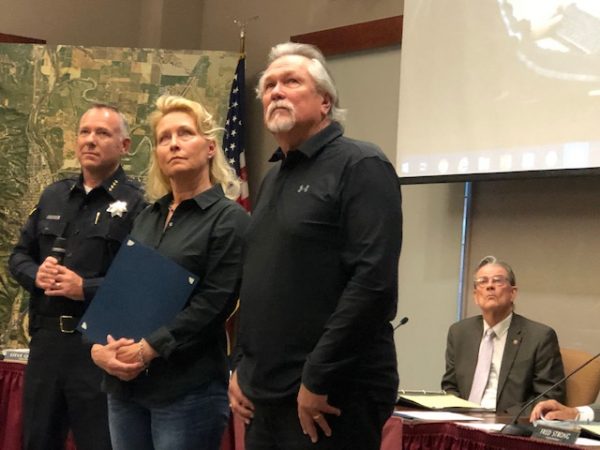 Mayor Steve Martin honored Charles and Victoria Houch for creating a recruitment video for the police department. The council also received a report from Chuck Davison of Visit SLO Cal, an organization funded with an assessment on all lodging establishments in the county. He talked about tourism in the county and the increase in the inventory of hotel and motel rooms, up about 46-percent in Paso Robles and 41-percent in Atascadero. To better promote tourism, Davison and his group are asking for an increase in the assessment from 1-percent to 1.5-percent. Basically, the visitors pay for the funding of Visit SLO Cal. They also want an extension of the contract from 5 to 10 years. Ultimately, that is up to the San Luis Obispo County Supervisors, but Davison is asking all the councils in San Luis Obispo County for their support.