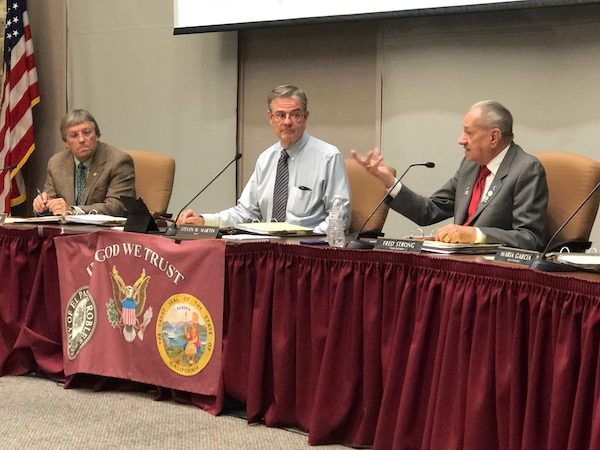 –At their Tuesday night meeting, Paso Robles City Council agreed to revise laws prohibiting tattoo parlors in the city limits. City Associate Planner Darcy Delgado said in 1994, the council approved a ban on tattoo parlors in the city limits, primarily as a health issue. She said since then tattoo establishments are more closely monitored by OSHA and other state agencies. Additionally, she said tattoos are protected by the 1st Amendment as a free speech issue.

Councilman Fred Strong weighed in on the issue. He said he has no tattoos, but that he has grandchildren who have them. He said it’s a generational issue. He said tattoos are now more popular. The council ultimately voted 4-1 with John Hamon casting the dissenting vote to allow tattoo parlors in some areas of the city limits. City Manager Tom Frutchey said the city staff is busy with other items, so it may be a few months before you see tattoo parlors in the city limits of Paso Robles. Those establishments will be restricted to certain zoning areas, away from schools and not in the downtown areas. City staff is going to develop a new ordinance.

The Paso Robles City Council also discussed forming a charter city vs the current general city law. This is in response to a lawsuit over the California Voting Rights Act. City Manager Tom Frutchey told the council it will be a long process to develop a charter, that it’s not unlike creating a constitution. Futchey said there are advantages. The council agreed to explore the process.