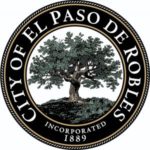 —Major actions and highlights from the Paso Robles City Council meeting on Feb. 6 are found below, as noted by City Manager Tom Frutchey.

The council heard a status report from Gus Khouri from Khouri Consulting and Ron DeCarli from SLOCOG on the city’s applications for grant funding under SB-1 to assist the city with congestion on Highway 46 east and adjacent roads.

The council adopted a total update of the City’s weed abatement ordinance. The new ordinance streamlines the abatement process and recognizes that fire season in California can be virtually year-round. Both changes, plus other steps being taken by the City’s Emergency Services Department, are designed to help minimize the risks of a fire similar to the Thomas Fire in Ventura County or the Tubbs Fire in Santa Rosa.

Industrial Use of the Sewer System

The council adopted an update of the City’s sewer use ordinance for industrial dischargers. The update relaxes the standards for some discharges, such as ammonia, because of the greater capabilities of the new treatment plant. This will allow some businesses, such as microbreweries and small wineries, to be able to discharge directly into the sewer system without pretreatment. The council also adopted an enforcement response plan to better work with dischargers who do exceed accepted limits.

The council amended the plan to encourage investment by allowing additional uses in more areas in the downtown and surrounding areas, including breweries, distilleries, wine tasting rooms, first-floor offices, etc.

The council received the investment report from the City’s elected City Treasurer, detailing the City’s investment portfolio, returns, and liquidity for the Dec. 2017 month. The City’s reserves and idle funds are fully invested in a broad mix of CDs, money market funds, and other instruments designed to ensure the preservation of capital. The City’s funds are invested in full compliance with all State laws.

The council approved a conceptual design for the upgrade of Creston Road, directed staff to apply for a $4 million CalTrans construction grant, and authorized the City Manager to contract with North Coast Engineering to prepare the Plans, Specifications, and Estimate (PSE).

The council received the results of the annual independent audit and the resulting CAFR, which provide a comprehensive snapshot of the City’s financial status as of June 30, 2017, and the changes in that status over the preceding 12 months. This year’s audit was fully “unqualified,” which means that the auditor finds no reason to “qualify” his findings that the City’s financial practices are in conformance with generally accepted accounting principles and that the City has appropriate controls in place to ensure the public’s money is managed safely and responsibly, and that the report accurately reflects the City’s financial transactions and status for the 2016-17 fiscal year.

The council directed staff to process requests from several property owners on Lyle Lane and on River Oaks Drive, upgrading the zoning on those properties to allow higher density, which will result in more housing in the City.

The council approved a resolution, as required by CalPERS, to enable the recently approved memorandum of understanding between the City and the City’s firefighters and firefighter/paramedics to be processed by CalPERS This step is crucial as CalPERS will process only one contract change at a time from each City.

This represents just a subset of the total actions by the council. The full agenda with all the back-up materials can be found at prcity.com. The minutes will be available on Feb. 16, 2018 as part of the agenda packet for the City Council’s next regular meeting on Feb. 20, 2018.