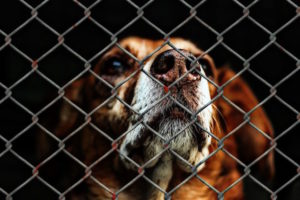 —After previously withdrawing from the proposed construction and operation of a new San Luis Obispo County animal shelter, Paso Robles approved an amendment at their June 19 meeting to move forward with the county’s efforts for the planned shelter.

Paso Robles and Atascadero had pulled out of the memorandum of agreement with the county in Oct. 2017 due to issues such as high operating costs to instead explore a North County animal shelter instead. The proposed SLO County shelter, which is estimated to cost up to $14.5 million, would cost Paso Robles around $310 thousand annually to operate and an increase of around $200 thousand annually in animal control services, according to the Council Agenda Report. If the two cities decided to not be involved with the proposed SLO County animal shelter, costs for the remaining five cities would increase to offset the differences.

The proposed North County animal shelter would be less costly to operate than the SLO County animal shelter; the Petaluma Animal Services Foundation was brought on to determine the cost of the new shelter. Other city councils, including Arroyo Grande and San Luis Obispo, wrote to the two cities in support of them remaining in the agreement.

However, Paso Robles and Atascadero ultimately decided to not move forward with a North County animal shelter to instead reach an agreement with the County for the original animal shelter plan. Through multiple discussions between the city councils and the county, the agreement helps alleviate the cities initial project costs by $1 million, among other operational changes. The original total costs for the North County cities would be around $4.5 million, or 33 percent of total costs.

“This amendment reflects our spirit of regionalism and working together to solve problems…importantly, it has the ability to result in the Animal Shelter moving forward with all of the partners participating,” according to the Council Agenda Report.

Atascadero has placed the amendment on their agenda for the July 10 meeting, whereas the remaining cities in the agreement will visit the topic at their July meetings.