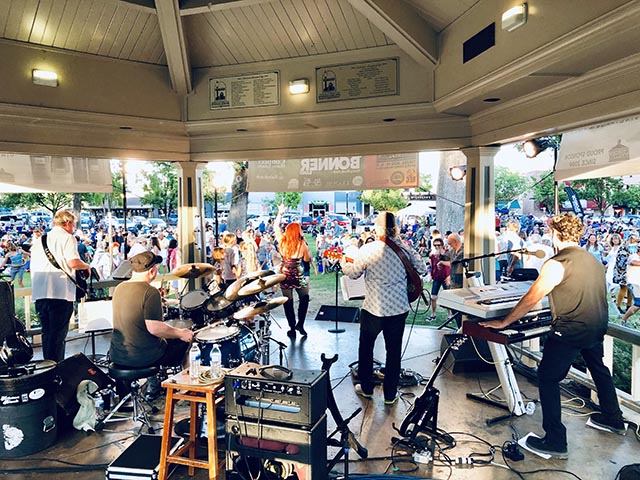 Joy Bonner Band performs to a lively crowd in the Paso Robles Downtown City Park at Concert in the Park. Image from City of Paso Robles.

“Our concert series has become a favorite summer tradition among locals and visitors,” says Recreation Services Manager Lynda Plescia in the announcement.

“These family-friendly all-ages weekly events offer something for everyone,” Plescia says. “We’ve selected a wonderful 2020 lineup geared to a wide variety of musical tastes. Our concerts feature incredible local talent paired with great food and drink in our historic Downtown City Park. So, put on your dancing shoes or spread out the picnic blanket and celebrate summer with us!”

Ten of the area’s most popular musical groups were selected from over 70 applicants to perform during the summer concert series.

2020 Summer Concerts in the Park feature

This year the city is offering multiple sponsorship tiers for the series. Sponsorships are available on a first-come, first-served basis until sold out. Local businesses interested in sponsoring a summer concert may contact Recreation Services Manager Lynda Plescia at (805) 237-3987 or via email at lplescia@prcity.com.