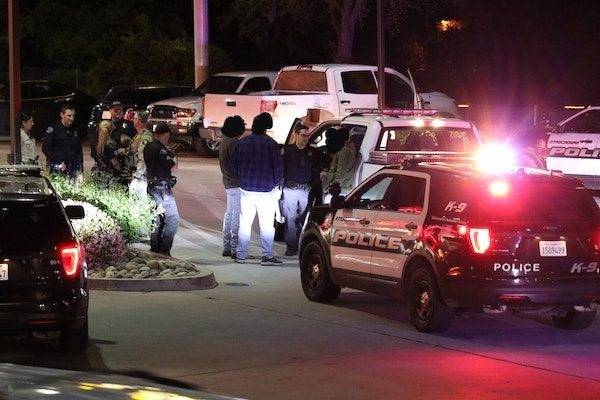 –Sunday night at about 10:17 p.m., two employees were closing shop at Fatte’s Pizza in Paso Robles when a masked gunman entered the business. He reportedly approached the counter and displayed a silver pistol with an attached suppressor, wrapped in black tape. The gunman demanded the registers to be emptied. After clearing the registers, the robber made the two employees turn off all the lights and demanded them to head to the rear of the store. The suspect then reportedly tossed two glow sticks into the business, telling the employees they could use the glow sticks for light. 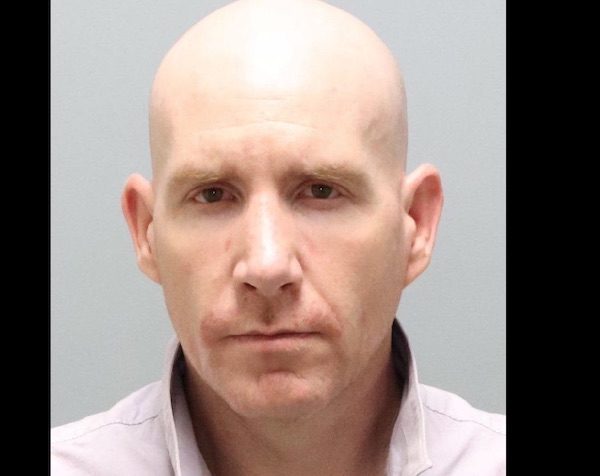 Darryl Allan is the owner of the Atascadero location. Fatte’s Pizza locations are all owned independently and operate separately. Photo from Paso Robles Police Department.

Employees fled out a back door to see a white Toyota Tundra speeding away from the business, headed westbound on Niblick. Officers immediately began checking the area and a deputy with the SLO Sheriff’s Department found a truck matching the description pulling into In-N-Out in Atascadero. The truck was stopped and found to be occupied by the owner of the Atascadero Fatte’s Pizza, Darryl Allan. 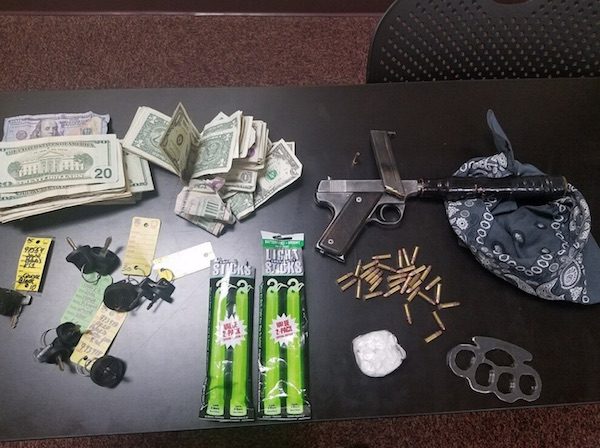 Allan was found to have a pocket full of .22 ammunition. Inside the truck, police reportedly found a loaded silver .22 caliber pistol with an obliterated serial number, a black-taped suppressor, glow sticks, a large amount of cash, drugs, drug paraphernalia, metal knuckles, and several keys to off-road vehicles.

Fatte’s Pizza locations are all owned independently and operate separately.

At this time Paso Robles Police are looking for the owners of the keys.

This is an ongoing investigation and the Paso Robles Police Department is requesting anyone with any information to call the PRPD at (805) 237-6464.