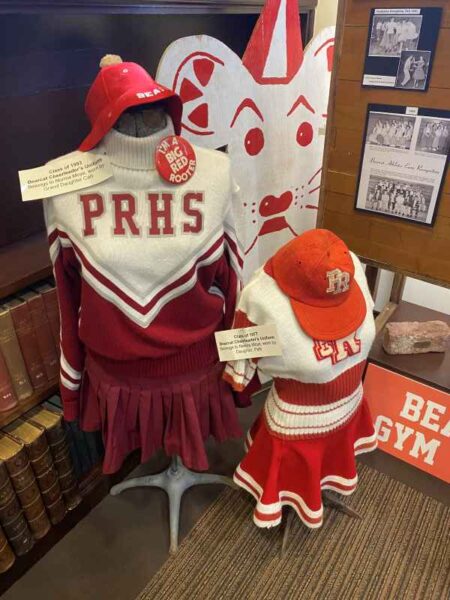 Members of the Class of ’51 returned to Paso Robles to get together, including notable citizens who never left North County

– The Paso Robles High School Class of 1951 held its 70th reunion Saturday. More than a dozen members of the Class of ’51 returned to Paso Robles for the get together, including several notable citizens who never left the North County.

After the parade, the reunion attendees admired exhibits at the Paso Robles Historical Society at the Carnegie Museum. Some had personal meaning, including a cheerleader’s outfit worn by Norma Moy back in 1951. 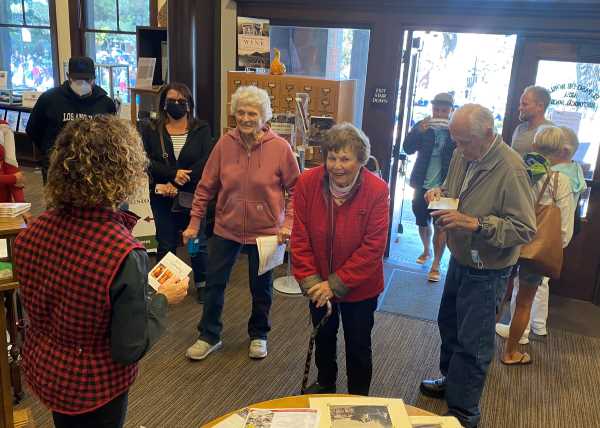 Norma Moy (pictured in the center in red) stayed in Paso Robles and continues to celebrate and preserve the character of the community as the leader of the Main Street Association in Paso Robles.

Friday, John Bertoni drove his pick-up to the museum get a plywood Bearcat which he leaned against his mailbox to notify visitors of the barbecue location. Many of those who attended were driven around Paso Robles by their children or grandchildren. Besides the 70th Reunion, John Bertoni also recently celebrated his 89th birthday. Saturday night, John and June Bertoni hosted a 70th Reunion Barbecue at their home.

The Paso Robles High School Class of 1951, now Flamson Middle School, numbered just over 100 graduates. Many of the men served in the military during the Korean War. Although some returned to live in Paso Robles, others scattered throughout California and the Western United States. 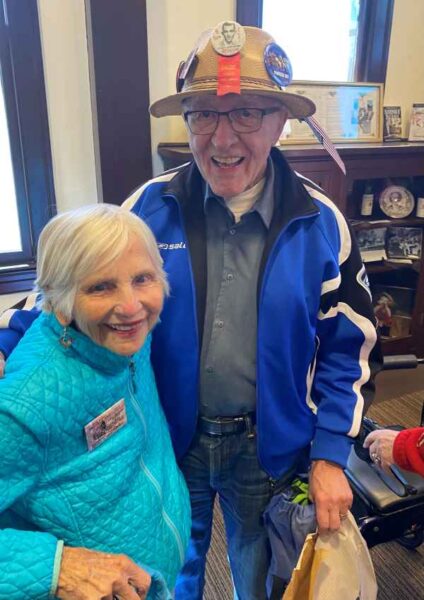 Stanley Stevens attended San Jose State College after graduating from PRHS. He served two years in the US Army, then returned to graduate from San Jose State. He worked for many years as map curator at the UC Santa Cruz Library. He is a student of local history, and is very knowledgeable about the history of the Paso Robles Inn..

Norma Moy stayed in Paso Robles and continues to celebrate and preserve the character of the community as the leader of the Main Street Association in Paso Robles.