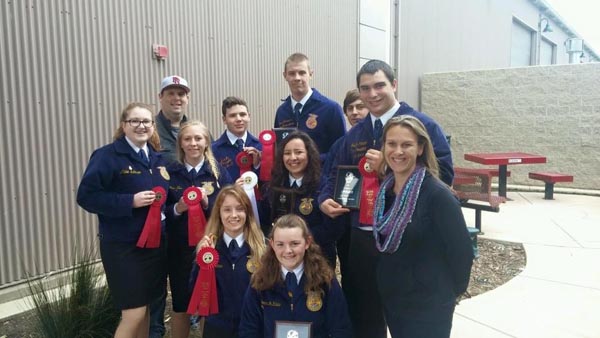 –The Paso Robles High School Chapter of the Future Farmers of America has been very busy this season. Students in FFA have placed in several competitions, attended regional conferences, and earned state degrees.

The welding and floriculture teams recently competed in Career Development Events (CDE) at Hartnell College in Salinas. Each team took part in a series of competitions that involved time management, team cooperation, communication, and critical thinking skills. Both the floral and welding teams were awarded Second High Team. The floral team will compete again on March 12 in Le Grand and the welding team will be in Merced on Feb. 20. 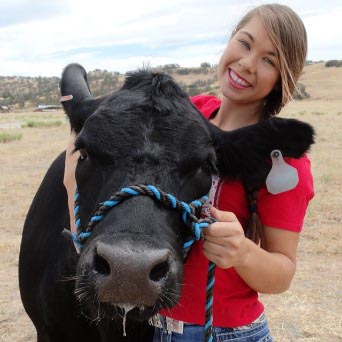 Dakota Rodriguez won both the section and region with her FFA Beef Production Proficiency Application and will be moving on to the state level. Rodriguez is a 6th generation cattle rancher and has been raising and showing cattle her entire life. She was awarded her State FFA Degree last year and is currently a member of the FFA Veterinary Science Judging Team.

Seventeen members of the PRHS FFA recently attended the regional Made for Excellence and Advanced Leadership Academy Conferences in Monterey. Both conferences are designed to teach students leadership traits to help better their own chapters and how to become more involved with their agricultural community. The PRHS team presented a chapter betterment proposal to judges and was awarded first place. The proposal focused on a strategy to boost public relations where students plan to redesign their website and produce monthly videos to keep the community updated on their activities.

Eleven members of the PRHS FFA earned their California State FFA Degrees. Only 3-percent of state members earn this degree every year making it the state’s highest honor for students who display the highest level of commitment. In order to apply, students must be an active member of FFA for at least two years, have worked 500 hours outside of class time, competed in multiple public speaking competitions, and have held the Chapter Degree for one year.
Floral Team: Jessica Bejar, Abbie Johnson, Gracie Ellis, Zoe Daniels, Rebecca McKibbin.