–Paso Robles High School Principal Randy Nelson announced in a letter today he will be resigning as principal and has requested reassignment within the district. Nelson wrote the following letter to district administrators, and will be sending the letter out to parents this afternoon: 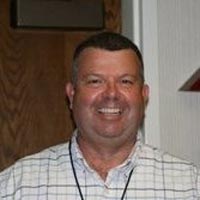 I am writing to share some difficult news with you. After much deliberation, I have decided to step down as Principal of Paso Robles High School effective Friday, December 18. This has been one of the most difficult decisions I have had to make in my life. In the end, this decision, though excruciatingly difficult, affords me the opportunity to focus on the health and well-being of myself and my family.

I have spent nearly 25 extraordinary years working for Paso Robles Joint Unified School District that have included the past seven and a half years as principal at Paso Robles High School. It has been such an honor to serve you and your children as principal of PRHS. I cherish all of the memories I hold of our experiences together watching your children grow into fine young adults. This community is so unique and special, it is hard to say goodbye. It helps to know I will continue to work in the school district as I will be returning to teaching. This is something that I am very excited to do. Even though I will no longer be at the high school, I look forward to the many wonderful opportunities which lie ahead for your children in this great school district.

The PRJUSD School Board, our Superintendent Chris Williams, and our District Director of Secondary Education Jennifer Gaviola, will be working with the staff and the community to ensure a smooth transition and to find a new principal to lead Paso Robles High School. I am very confident that with this wonderful and supportive team we will soon have an amazing new addition to our campus. As we transition, Ms. Gaviola will serve as the interim principal beginning in January.
Being one of the main partners in your child’s education has been a job that I never took for granted and I loved every moment of. Please know how fortunate I truly feel to have been a part of this amazing experience of supporting your child’s success at Paso Robles High School.

Please accept my sincere appreciation and gratitude for all the support and grace you have provided me during this journey together.

Yours in Education,
Randall Nelson

Speaking on the announcement, Paso Robles Joint Unified School District Trustee Chris Bausch said, “Mr. Nelson has been an exceptional principal who possesses an uncanny ability to connect with students… As a parent and as a school board trustee I can tell you that Randy will be greatly missed when he steps down on December 18.”

Bausch said that his son, a junior at Paso High, said that both students and teachers were crying when the announcement was read Wednesday.

“While I can’t go into all the reasons Mr. Nelson has decided to pass the torch, I can tell you that the district is most fortunate that Mr. Nelson will remain with the district in a capacity that allows his talents to benefit students at Liberty High School and at Flamson Middle School,” said Bausch. “While I encourage staff to seek a qualified individual from among several already working in the district, it will be a difficult task to replace Mr. Nelson. “

Fellow trustee Joel Peterson echoed Bausch’s sentiment, saying that he greatly appreciated the work that Nelson had completed in his time as principal. “We took a ride through a difficult time in the district,” he said, saying that Nelson was instrumental in guiding the district forward and focusing on success despite road blocks such as budget cuts.

The exact reason that Nelson is resigning is still unknown, as Nelson has requested some privacy around the issue. Peterson said that serving as a high school principal is, “time consuming,” and “hard on health.”

Nelson was unavailable for comment at the time of this update.

–Paso Robles High School principal Randy Nelson announced his resignation, the high school newspaper reported yesterday. The announcement that he would be resigning and seeking reassignment was made during closed session at Tuesday night’s Paso Robles Joint Unified School District board meeting, and then made the announcement to teachers on Wednesday morning, The Crimson Newsmagazine, reported. It was then announced over the loud speaker during morning announcements, and the district also later made phone calls to parents.

Nelson cited personal, family, and health reasons for the resignation, according to The Crimson.

Nelson has served as the principal for the last seven and a half years. Director of Secondary Education Jennifer Gaviola will serve as interim principal until a replacement can be hired in 2016, according to the report. Nelson will take a teaching position at both Liberty High School and Flamson Middle School.

No one at the district was available for comment early Thursday morning. More details will be posted when received.