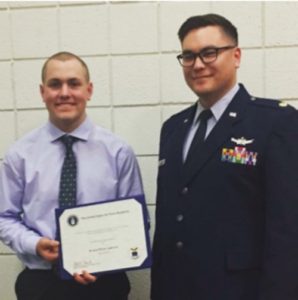 From The Vine, June 15 issue

—Paso Robles High School senior, Beckett Andersen, has been appointed to the United States Air Force Academy. Beckett is graduating with a 4.51 grade point average. He was honored as a Top Cat, CSF Life Member, and earned the Seal of Biliteracy.

Appointees go through a rigorous application process which includes a congressional recommendation and several interviews. Applicants are selected based on academic performance, character assessment, fitness assessment, and extracurricular involvement. His scholarship is valued at $400,000 over the next four years. Beckett is also a level 10 gymnast who recently competed in the Junior Olympic National Championships, qualifying for the all-around finals and placing twenty-first overall. Congratulations to Beckett and his family.