–The Bearcat softball team swept a doubleheader Saturday in San Luis Obispo against the Mission prep Royals. Paso won the first game by a score of 12 to 3. Offensively, the Cats were led by Hannah Chambers, Andie Dizon, and Emma Phillips. Hannah had a monster day at the plate. She went 3 for 4 with 2 HRs and 6 RBIs. She hit a grand slam in the sixth inning after the Bearcats were able to load the bases. Andie and Emma both had multiple hits and RBIs. Brookln Pesenti earned the win in game 1 and Hannah pitched 3 scoreless innings for the save. In game two, Andie Dizon put on a display and went 4 for 4 with 4 RBIs and a 2 run homer in the 4th inning. Emma Phillips had 3 RBIs on 3 hits with a double in the 5th. Brooklyn Pesenti and Stacey Ruiz combined for 5 hits and 3 RBIs in game 2. Hannah Chambers earned the win in game 2. Brooklyn Pesenti came on for the save. Final score Paso 13 Mission 4. Next up the St Joseph knights visit the Bearcats on Wednesday. The game time is 4:30 p.m. 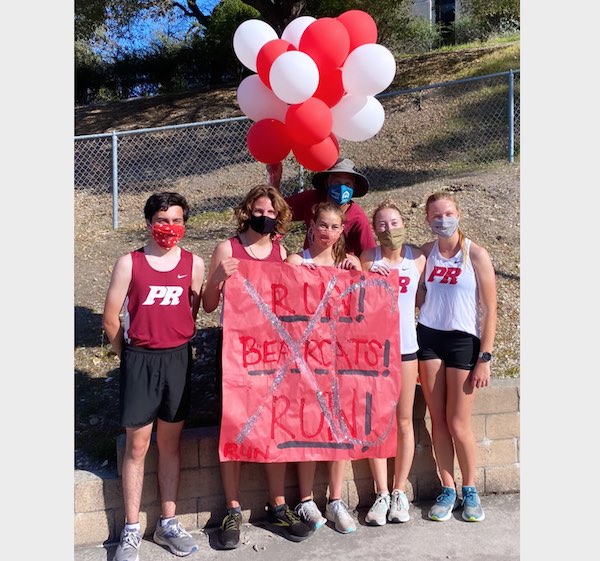 Both the Boys XC team and Girls XC team won against Atascadero on Friday, March 26. Below are the individual results from the meet:

Monday the Bearcats faced Atascadero at municipal pool. The Greyhounds took the early lead with Kylee Dtra and Makayla Powers scoring the opening goals. At the 4:29 mark of the 1st period, Allison Hernandez opened the scoring for Paso Robles. Paso Robles then answered with three more goals one each from Milan Richmann, and Erika Enriquez. Allison Hernandez score two more goals with the last goal of the period scoring at the buzzer. The second period found the Bearcats scoring two goals both by Allison Hernandez for a score of seven to three at the half. The 3rd period began with the first goal being scored by Sophia Donati of Atascadero followed by a score from Delaney Rice. After a time out by the Bearcats, Leanna Reed scored to end the period at eight to five after three. The 4th period opened with Leanna Reed scoring two goals to bring the score to 10 to five. Atascadero was able to add one more goal bny Kylee Dutra to bring the final score 10 to six for the Bearcats victory. Kaitlyn Herbrard had another outstanding game in goal adding 13 saves. Seven of the 13 came in the 4th period. Games Stats: Allison Hernandez five goals, Leanna Reed three goals, Erika Enriquez and Milan Richmann one goal each. The Bearcats are back in action on Wednesday at 4 p.m. vs Righetti