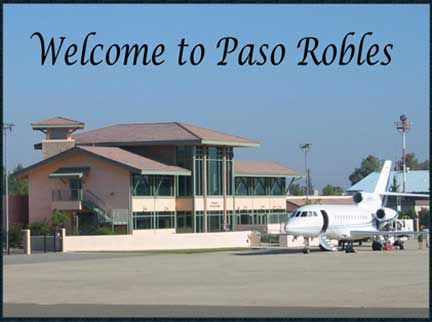 –At their most recent meeting, the Paso Robles City Council approved a resolution showing support of the city’s application to host the Aircraft Owners and Pilots Association (AOPA) Regional Conference at the Paso Robles Airport in 2019.

AOPA is a leading national organization representing general aviation; their regional conventions attract large numbers of attendees and their planes. If the city were successful in its bid to hold this event in 2019, it is expected to have a significant positive fiscal impact relative to hotel stays, meals in local restaurants, and visitation to other tourism attractions in our community.

Editor’s note: This story’s headline has been updated. The city has not yet officially landed the AOPA Fly-In for 2019 at the Paso Robles Airport. They have applied and are hopeful to be selected, according to Public Works Director Dick McKinley.