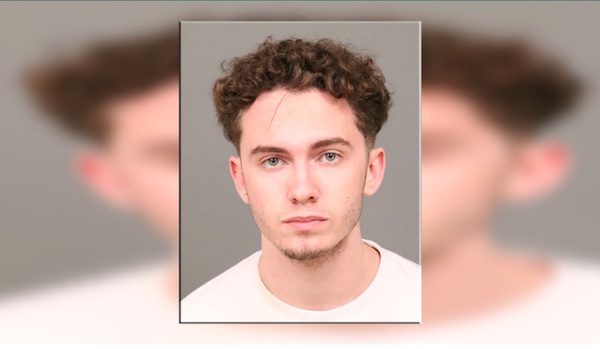 –District Attorney Dan Dow announced this week that 22-year-old Timothy Clark Wolfe of Paso Robles has been arrested and charged with murder in the March 9, 2020 overdose death of a 19-year-old Atascadero resident. Wolfe is also charged with selling fentanyl and possession for sale of alprazolam (brand name Xanax), all felonies.

The murder charge stems from Wolfe selling the 19-year-old victim three counterfeit pills that appeared to be 30 milligram Percocet (a mixture of oxycodone and acetaminophen). However, the pills sold by Wolfe actually contained fentanyl, a powerful synthetic opioid known to be 50 to 100 times more potent than morphine. The youth took one pill and died from fentanyl intoxication.

Wolfe is charged under the theory that when he sold the pills he knew, or should have known, that the pills contained fentanyl and were extremely dangerous to human life.

“Buying and selling illicit prescription drugs on the street is deadly dangerous. While a purchaser may believe they are buying a pharmaceutical-grade painkiller, there is no way to know who made them, where they came from, or what is in them. Sadly, as happens too often, it leads to overdose and death,” said District Attorney Dan Dow.  “We will not tolerate the criminal distribution of heroin, fentanyl, and other hard drugs because too many young people have been dying across our country and here in our community.  Individuals who knowingly sell these deadly pills in our community will be aggressively prosecuted and when the facts support it, they will be charged with murder.”

Criminals in clandestine labs take illicit fentanyl, mix it with other substances, and press the mixture into pills that appear to be pharmaceutical-grade Percocet. The high potency of fentanyl greatly increases the risk of overdose, particularly where the user is unaware of its presence in the pill.  Fentanyl’s high potency permits the drug trafficking criminal to use less of the active drug when making the pills, allowing them to increase profits.  It is not alleged that Wolfe manufactured the counterfeit drugs, only that he sold them.

Wolfe is expected to be arraigned on the criminal complaint on Friday, May 22, 2020 in Department 3 of the San Luis Obispo Superior Court.

If you or someone you know is addicted to opioids, please visit the County of San Luis Obispo Behavioral Health Services webpage at www.slobehavioralhealth.org or call (800) 838-1381.