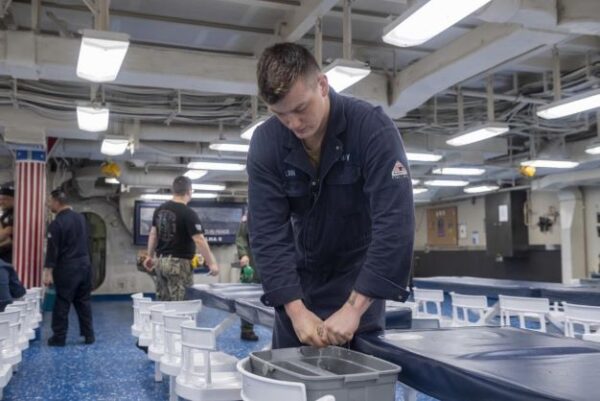 – Fireman Gabriel Linn, from Paso Robles, has been assigned to the forward-deployed amphibious assault carrier USS America (LHA 6) and cleaned the ship’s mess decks while sailing in the East China Sea in August.

America, lead ship of the America Amphibious Ready Group, is operating in the 7th Fleet area of operations to enhance interoperability with allies and partners and serve as a ready-response force to defend peace and stability in the Indo-Pacific region, according to the United States Navy Office of Community Outreach.