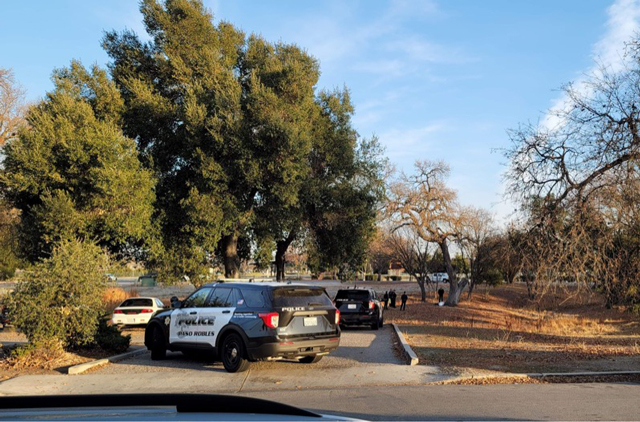 –At 7:40 a.m. on Wednesday, Paso Robles Police officers are investigating the scene of a reported gunshot victim in the Sherwood Forest Park off Creston Road between Scott Street and Cedarwood Drive.

When officers arrived, they found a body leaning against a tree and realized that the person had a gunshot on the top of the head. There was a handgun lying nearby, according to police.

The victim is a man in his early 20s and police believe the fatal wound was self-inflicted.

Police officers asked everyone to avoid the area while they conducted an investigation. The park is located at 220 Scott Street, Paso Robles.