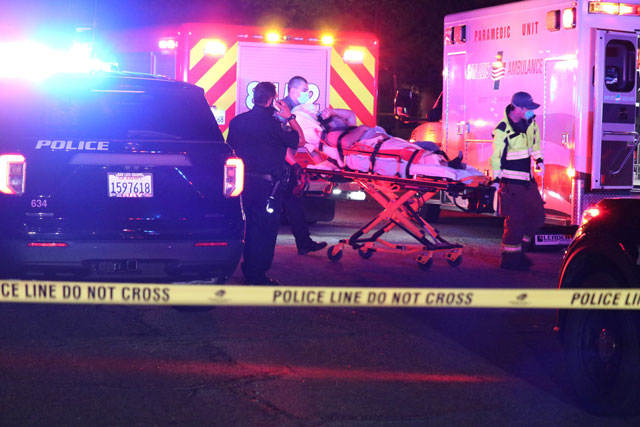 The crime scene following a shooting near Sherwood Park in Paso Robles. Photo by Jason Brock.

Shooting victim is not cooperating as a witness, police say

–Last Thursday at around 9:30 p.m., the Paso Robles Police Department received several reports of shots fired in the area of Santa Ysabel Avenue near Sherwood Park. While responding, police dispatch received further information that a victim was on scene and had been shot. The suspect was gone prior to officers arriving.

The victim was treated by Paso Robles Emergency Services and taken to a local hospital where the victim was in stable condition. Police detectives responded and are conducting an active investigation.

“The case is suspected to be gang-related,” said Police Chief Ty Lewis. “The victim was shot at least one time in the lower torso, possibly in the back. He is expected to survive and is being uncooperative with our investigation.”

At 9:51 p.m. on Thursday evening Paso Robles Police officers responded to a report of shots fired in a neighborhood near Sherwood Park.

“On scene of a shooting that occurred in the area of Santa Ysabel and San Augustin,” police said. “Keep out of area.” Police detectives were on scene investigating the incident.

A nearby witness reported hearing two gun shots. One person was reportedly shot in the abdomen and a shooting suspect was reported to be in a white sedan, according to police scanner traffic.

An ambulance responded to the scene and assisted an injured man. It is unknown how many victims or suspects there are. 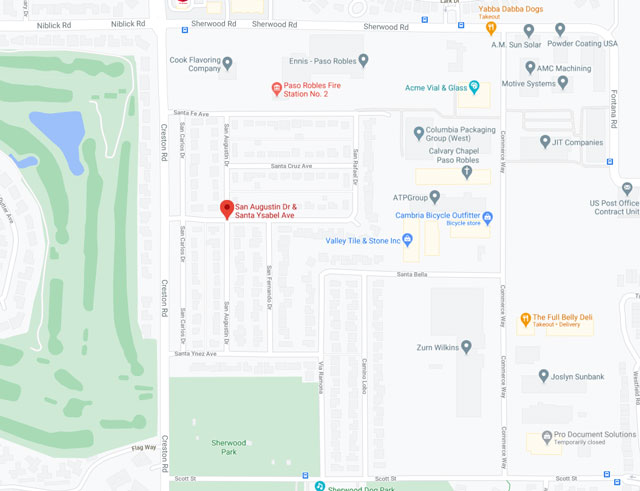