Robert Clouston sentenced to one year in jail

Update: Robert Clouston, the owner of Robert’s and Estrella restaurants in Paso Robles, was sentenced to serve one year in county jail, according to news reports. The San Luis Obispo County Superior Court ordered him to jail and five years probation after pleading no contest to two felony charges of theft from an elder victim. The sentence was the maximum of the plea agreement reached last month.

A spokeswoman at the DA’s office told the Paso Robles Daily News that Clouston pleaded no contest on Wednesday to two felony counts of theft from an elder or dependent adult with a special allegation of white collar crime. The victim was a 99-year-old woman from Templeton.

Sentencing is scheduled on July 29 in front of Superior Court Judge Michael Duffy in San Luis Obispo. The plea agreement calls for up to one year in county jail and five years probation, the spokeswoman said. Restitution is to be determined, she said. 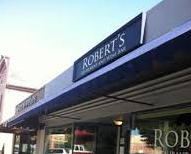 Clouston, according to court documents, is accused of committing theft, embezzlement, forgery and identity theft of a 99-year-old woman. The criminal complaint states that Clouston removed a 17-acre parcel from a joint trust owned by he and the woman in June 2008 and placed it in an LLC, without consulting her, in order to gain sole ownership.

The property in question is located off North Main Street in Templeton, where a commercial and residential development was being planned, according to a local attorney familiar with the case who asked not to be identified. Clouston recently settled a civil suit with the elderly woman, the attorney said.

After a reappraisal on the property took place, the woman learned of the property transfer from a San Luis Obispo County Tax Assessor’s Office worker in November, 2011. The complaint states Clouston allegedly took out two loans against the property after the transfer; he borrowed $425,000 to pay off bills and development fees and over $500,000 for various business ventures.

In court on Thursday, Clouston made claims that the trust agreement granted him the authority to make the transactions. The next hearing in the case is scheduled for March 18.