Paso Robles School Board discusses future of classes during pandemic 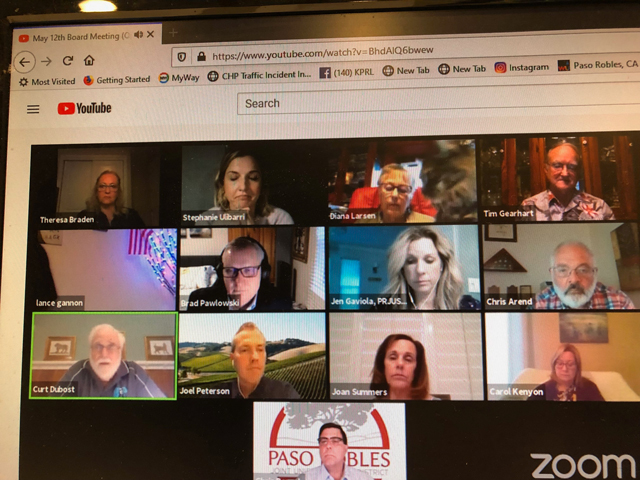 –The Paso Robles School Board conducted a virtual meeting Tuesday night on Zoom. The trustees and administration participated via computer from the comfort and safety of their own home or office.

Much of the meeting was devoted to discussion of impacts of the COVID-19 coronavirus crisis and the school transition to distance learning. The board discussed how long the shutdown for schools will continue and what education will look like in the fall.

Superintendent Curt Dubost talked about options, but ultimately agreed with trustee Joel Peterson and several others who said that it’s too soon to plan, because the scenario is constantly changing. Requirements from the state are evolving, and it’s nearly impossible to plan now when conditions and restrictions may be very different in the fall. The board agreed to hold a special meeting at 2:00 pm on June 4th to discuss options so that parents may get a better idea who to expect in the fall.

The board voted unanimously to terminate the position of Michael Whitman. Whitman taught media for one year at the high school. The former Hollywood director was popular on campus, and several trustees expressed reluctance in voting to eliminate his position, but said the district must reduce spending. 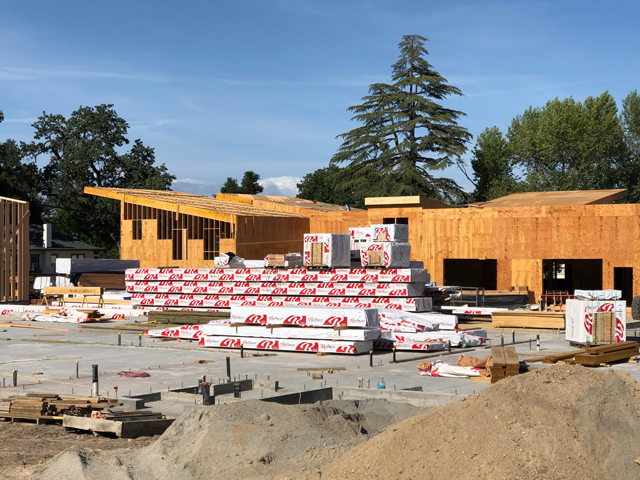 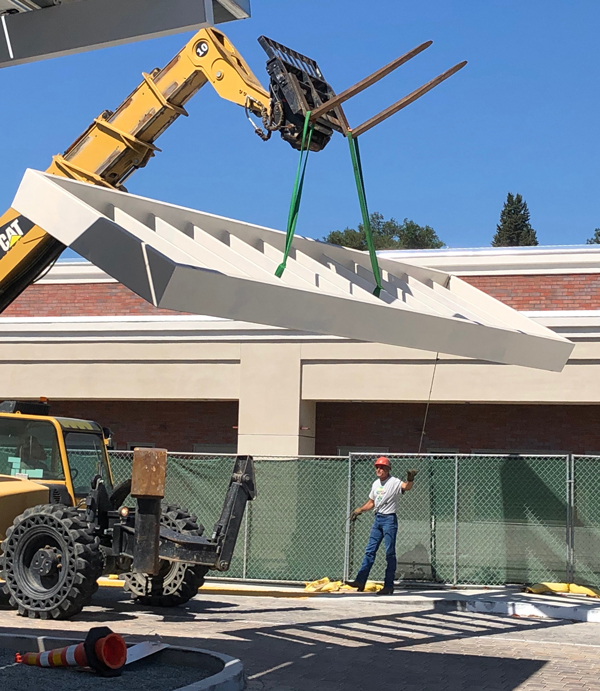 The board received a sobering report on the budget. The State of California is projecting a $50 billion dollar deficit, which makes it likely the district will receive reduced state funding. The district has exhausted its budget reserve, so it has to borrow money to stay afloat during the economic turmoil caused by the coronavirus shutdown.

The board said farewell to administrators Carol Kenyon and Dana Budd, who are both leaving the district. Carol Kenyon is going to work for the County Office of Education. Budd is going back to the San Joaquin Valley. Although their replacements have not been announced, the district recently flew the job opening for Kenyon’s position, which indicates Jennifer Gaviola will soon hire someone from within the school district.

The highlight of the meeting on Zoom occurred at the outset, when County Office of Education Accountant Diana Larson’s cat climbed up on her desk and walked between Diana and the computer. The gray tiger cat made an impressive appearance but did not disrupt the meeting.

The board of trustees adjourned shortly after 8:40 p.m.