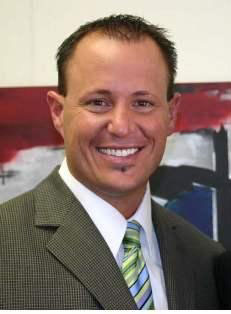 –Paso Robles schools provide transgender students access to bathrooms consistent with their gender identity, and have been since 2014. New federal rules introduced on Friday, in addition to current Californian state law, allow transgender students to experience every aspect of school life as the gender they express, including but not limited to bathroom use and physical education.

The U.S. Departments of Education and Justice guidelines released Friday ensure that all students, including transgender students, can attend school in an environment free from discrimination based on gender. Under Title IX of the Education Amendments of 1972, schools receiving federal money may not discriminate based on a student’s sex, including a student’s transgender status.

Californian state law, AB 1266, which took effect in 2014, already prohibits public schools from discriminating on the basis of specified characteristics, including gender, gender identity, and gender expression. The existing law requires that participation in any type of physical education activity or sport be available to pupils of each sex including athletic teams and competitions, and use of facilities consistent with his or her gender identity, irrespective of the gender listed on the pupil’s records.

Joint Unified School District Superintendent Chris Williams, said they have been under California state law since 2014, requiring schools make access available for students who identify themselves with a gender other than how they were born and that includes allowing access to bathrooms. Williams said transgender students are not expected to use unisex bathrooms which are available in the nursing area of schools, but if they feel they would like privacy they are allowed to use these restrooms. “The legal guidance issued by President Obama does not impact our current policies or regulations as it does not impose any new legal requirements,” he said. “As a public school district, we will continue to provide a safe and nurturing environment and meet the needs of all of our students and their families.”

Paso Robles Unified School District Public Information Officer Martha Clayton said the Federal mandate is nothing new for Californian schools. She said there have not been any issues in the Paso Robles school district and the laws had been seamlessly introduced. “We have been following the law since 2014, the most important thing is that our students feel safe and they are cared for in the whole district,” she said.

According to the guidelines, when schools are notified a student is transgender, the student must be treated consistently with the student’s gender identity. A school may not require transgender students to have a medical diagnosis, undergo any medical treatment, or produce a birth certificate or other identification document before treating them consistent with their gender identity. Schools are able to provide additional privacy options to any student for any reason. Students are not required to use shared bathrooms or changing spaces, when, for example, there are other appropriate options available; and schools can also take steps to increase privacy within shared facilities.