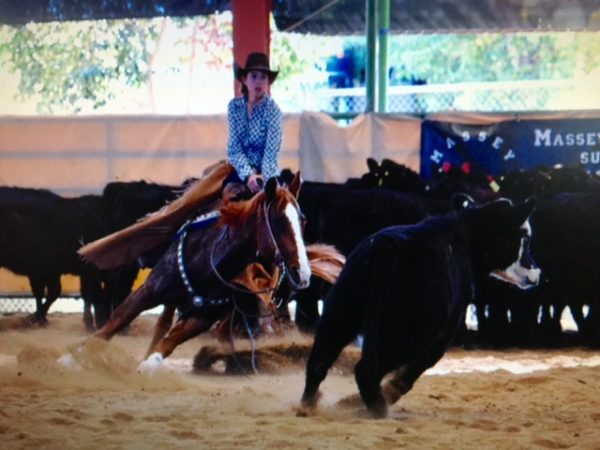 –The California National High School Rodeo Team has opened the arena gates to 9th grade student LaRae Luis. Vying with over a hundred other teenagers for a position to compete in the World Championship High School National Finals, Luis, a student at Independence High School in Paso Robles, has accomplished the awesome feat, attaining the honor of competing. The World Championship High School National Finals in Wyoming runs July 17 through July 25. Luis will represent California in the reined cow horse event. The Wyoming finals is a worldwide attraction and this particular Wyoming event will host 15 to 18-year-old teens from forty-three of the United States of America, and teens from the countries of Australia and Canadian Province.

Luis was a key performer representing the Magnificent 7 (District 7 of Paso Robles) in the High School Rodeo competition of 2015. Her climb to the upper ranks of rodeo competition has been rising steadily since. Her strengths in cutting (separating a cow from the herd and prevent it returning) and reining (a competition where Luis must guide her horse through a specific arrangement of sudden stops, perform tight circles and execute precise spins all while keeping the horse in a slow canter) excelled her standing in the sport. She has experience in many rodeo events including team roping, which is an event where LaRae and her partner rope a cow and each simultaneously ties the feet and horns with the goal to beat the clock. Lewis also competes in barrel racing where she and her horse must complete racing around barrels set in a cloverleaf design, again competing against the clock. She competes also in pole-bending, an event similar to barrel racing but with poles. She has four horses and all of her horses are able to assist her in winning in any event. 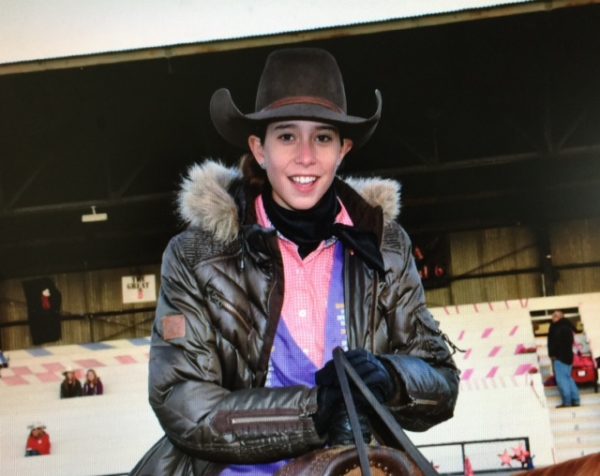 Luis, 15-years-old, will be heading to Wyoming on Thursday, July 14, to prepare for the upcoming competitions. She will compete in the reined cow horse event, one she nailed at the state championship in Bishop, Calif. and secured her standing to perform in finals in Wyoming.

She’ll have quite a crowd cheering her on, especially her family and all of Paso Robles. Luis says her father is her greatest influence and that he has been there for her 100-percent of the time. She studied under her father Mark at the Mark Luis Training Stables. The line of rodeo competitors that have paved the way for her include her brothers, father, and uncle.

Luis says that her belief in herself compels her forward and strengthens her resolve to win competitions. “I don’t believe in luck,” she said. “I believe in God and God sets the dream in my heart. It’ll happen for a reason and I believe I’m going to win.”