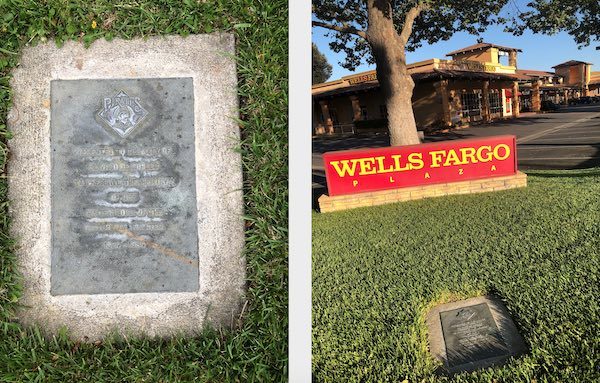 –Opening day came and went, but baseball fans are still awaiting the return of America’s favorite pastime. Many can only reminisce about previous seasons’ glory.

A few recall the Pittsburgh Pirates preparing for regular season play in Paso Robles. From 1924-35, the Pirates practiced during spring training at a field off Spring Street. A plaque near Wells Fargo Bank commemorates the years the Pirates called Paso Robles their winter home. That’s where they practiced and played exhibition against local North County teams.

Not many remember those games, but Pirates fans still talk about it, especially avid Pirates fans like Supervisor John Peschong. Peschong’s family lived near Pittsburgh, so he was raised with an appreciation for the Pirates. In his Templeton office, he has a collection of Pirates memorabilia, including a baseball signed by Bioll Mazeroski and a Roberto Clemente bobble-head. He has a ticket stub for game seven of the 1960 World Series between the New York Yankees and the Pittsburgh Pirates at Forbes Field. The Yankees tied that decisive game with two runs in the top of the 9th. Then, Bill Mazeroski led off the bottom of the ninth with a walk-off home run. It’s the only game 7 walk-off homer in World Series history. 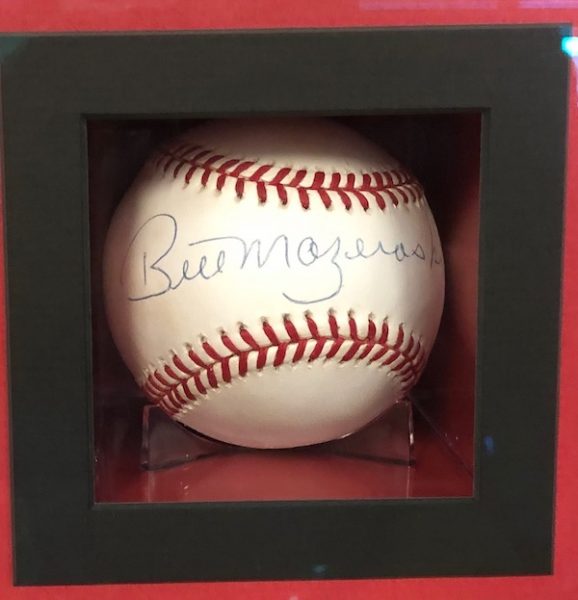 Peschong’s uncle attended the game with a two-dollar “Standing Room” ticket. The ticket stub is in his collection.

This season, Pirates fans are in the same boat as those who love the Dodgers, Angels, Giants, or Athletics- waiting for a delayed Opening Day and the beginning of baseball season in 2020.

In Paso Robles, Pirates fans have four years to prepare for the 100th Anniversary of their team playing on the field just off Spring Street. Some are talking about getting the Paso Robles High School Bearcats some throw-back jerseys to commemorate the Pirates stay in Paso Robles 100 years ago. 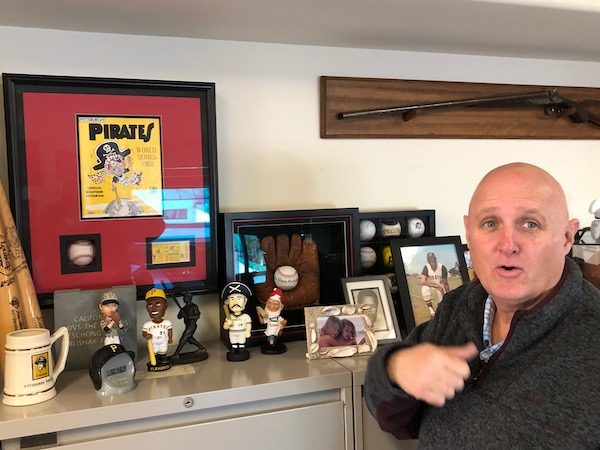 Posted in:  Community, Sports
About the author: News Staff