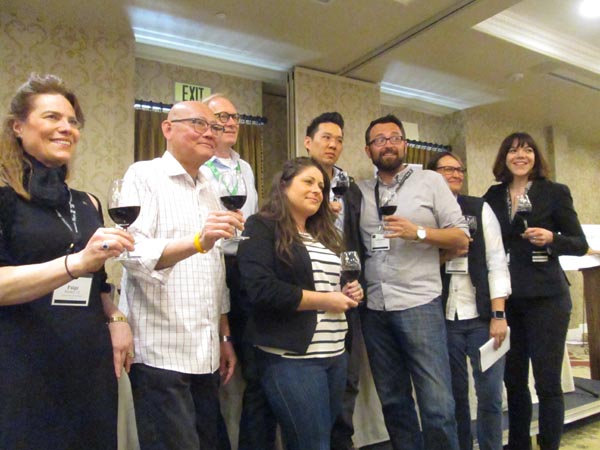 –It was clear at the Judgment of Paso tasting that Paso Robles Cabernet Sauvignon and Bordeaux-style blends are at par with wines from Napa Valley and Bordeaux.

The Judgment of Paso was the final event of the two-day CABs of Distinction Symposium targeted to the trade, media and sommeliers and organized by the Paso Robles CAB (Cabernet and Bordeaux) Collective.

However, it wasn’t a judgment as there was no judging or rating by the team of sommeliers on the panel, it was more of a guessing session. 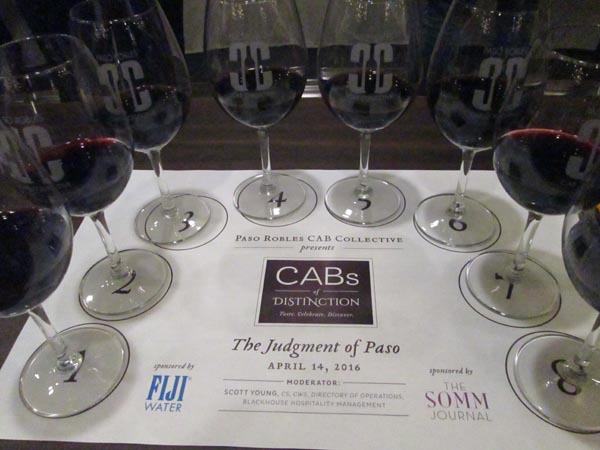 “I see Paso as a fine wine region as you saw today,” said Paige Bindel, sommelier of The Inn at Spanish Bay. “I am struck by the passion of winemakers, using minimal approach that shows a sense of place.”

The panel was spot-on guessing the two “Old World” (Bordeaux) wines from “New World” wines. A couple of the members detected Paso wines with their mountain fruit freshness (all three Paso wines are from hillsides), but a few were conflicted between Paso and Napa wines.

“We created Judgment today because five years ago when I would go on the road, people would say your wine tastes like a Paso wine,” recalled Daniel Daou, one of the founders of the CAB Collective.

What is a Paso wine, Daou wondered. “Today you saw,” he said. “More wineries are pushing the limit. One winery does not make a region. There are many wineries that represent the region.” 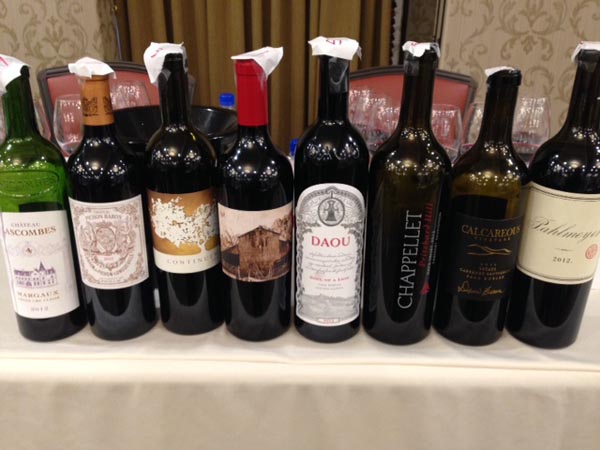 In 2012, Daou spearheaded the grassroots organization to showcase the superior quality of Paso Robles Cabernet Sauvignon and Bordeaux-style wines. He gathered support from owners of wineries such as Eberle, J. Lohr, Adelaida Cellars, Justin, Vina Robles and Chateau Margene. The team founded Paso Robles CAB (Cabernet Sauvignon and Bordeaux) Collective, an organization that aimed to educate the trade and consumers on the quality of these wines produced in Paso Robles.

For the past three years, the CAB Collective has hosted the two-day symposium. This year the event kicked off on April 13 at the Alegretto Hotel with En Primeur (barrel sampling) and current vintage walk-around tasting at the hotel’s scenic courtyard.

Jim and Azmina Madsen, owner of The Farm Winery poured a complex 2010 Reserve Cabernet Sauvignon from the Adelaida District. “This is from the oldest Cabernet vineyard in Paso, planted in 1964,” Azmina explained. 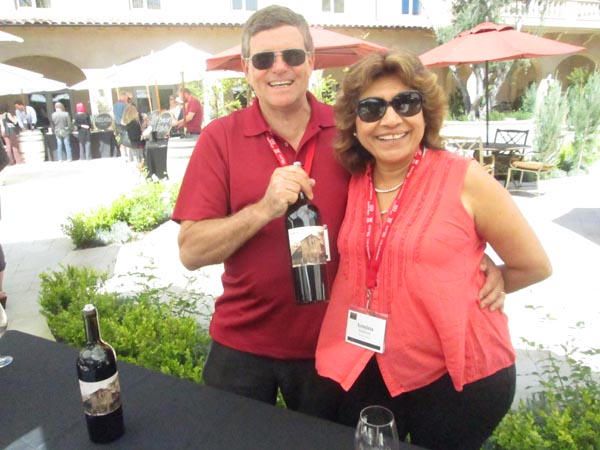 Jim and Azmina Madsen, owners of The Farm Winery at the kick-off En Primeur and Current Vintage Walk-About tasting at Alegretto Hotel.

The tasting was followed by a panel session, The Other Cabernet, featuring Cabernet Franc, a grape with softer tannins, floral notes and a feminine quality compared to the intense, bold and dramatic Cabernet Sauvignon. It’s commonly used as a blending grape and called the supporting actor.

The sit-down tasting at this session featured 2012 and 2013 vintages of Cabernet Franc from Adelaida Cellars, Brecon Estate, San Antonio Winery and Chateau Margene as the team of winemakers, Jeremy Weintraub, Damien Grindley, Anthony Riboli and Michael Mooney, discussed the complex glories of the wine. The panel was moderated by Bob Bath, wine director of Culinary Institute of America and sponsored by SOMM Journal and Tasting Panel Magazine.

The second day started with an educational session of Know Your Cab Clones with a team of winemakers: Steve Kragten of Cass Vineyards & Winery, Steve Peck of J. Lohr Vineyards & Winery, Anthony Riboli of San Antonio Winery and Kevin Willenborg of Vina Robles Vineyards & Winery. Wine journalist Matt Kettman moderated the panel as winemakers dug into the various clonal selections of Cabernet Sauvignon with each winemaker presenting the wine produced from a different clone.

The expert winemakers shared some clonal tips: Cabernet Sauvignon clones 7 and 8 are the workhorse clones and having a mix of different clones in the vineyards adds complexity to the wine. But they all concurred that location trumps clones. 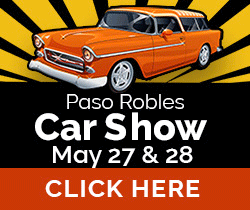