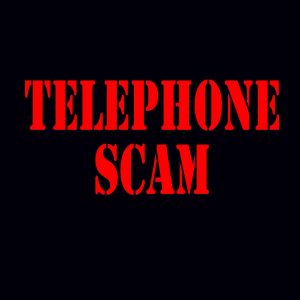 Reports say Callery was about to leave for work Monday morning when someone called saying her Social Security number was involved in a money laundering scheme and if she hung up, she could go to jail. Callery says the scammers replicated the number for the Paso Robles Police Department and called her back with someone pretending to be an officer telling her to take out her money and create a digital wallet on Target gift cards.

“If I pulled out the money from the bank they would put it in that wallet and two gentleman would come tomorrow and write me a check and take me to the bank and open an account and I could get back to my life,” Callery told KSBY. But no one ever came.

The San Luis Obispo County Sheriff’s Office says people across the U.S. have lost more than $10 million in the last year alone from these types of Social Security phone scams.

The sheriff’s office says that anyone asking for gift cards or wire transfers over the phone is a major red flag, as it is not a payment method that they would ever ask for, especially by phone. They say these crimes are extremely difficult to prosecute because gift cards and wire transfers are hard to trace; It’s unknown if Callery will be able to get her money back.