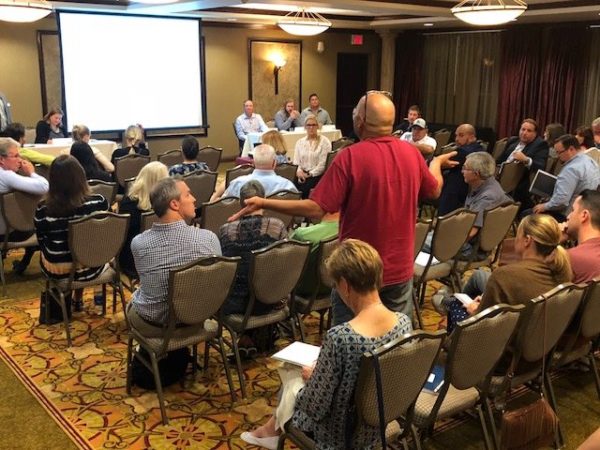 –La Bellasera Hotel and Suites hosted Wednesday evening’s Paso Talks discussion on Tourism. Paso Robles Assistant City Manager Jim Cogan moderated the discussion. Danna Stroud of Travel Paso gave an overview of the economic effects of tourism. The total impact on Paso Robles in 2017 was $445 million dollars. The Transit Occupancy Tax generated $5.8 million in 2017, all of which went to the city’s General Fund. That tax was paid entirely by visitors.

Several attendees raised issues about noise, traffic and other problems related to tourism. Another criticized the low-paying jobs in the tourism industry.

Assistant City Manager Jim Cogan told those in attendance that Paso Talks is the beginning of a new discussion on these issues.

The next Paso Talks meeting will be Wednesday, Sept. 26 at the Library Conference Room. The topics will include Finance and Road Improvements.