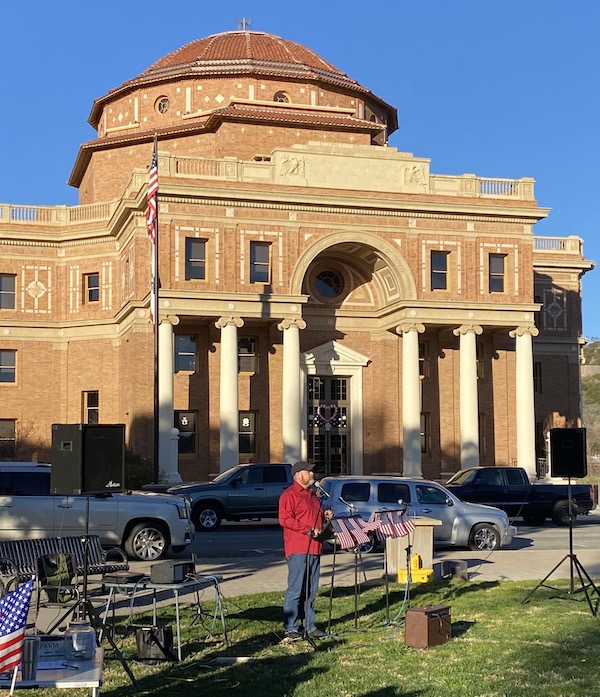 –A patriotic rally took place Sunday afternoon at the Sunken Gardens in Atascadero. About one hundred people turned out for the event to hear speakers and patriotic music. Luther Johnson of Atascadero organized the event and invited several speakers.

Pastor Gabe Abdelaziz of Alpha Beth Ministries in Paso Robles fired up the crowd with his enthusiasm and praise for the US Constitution. He also encouraged attendees to sign the petition to recall Governor Gavin Newsom if they had not already done so.

Secretary of the Republican Central Committee in San Luis Obispo County Jason Anderson talked about the division in our country and said it’s time people unite. 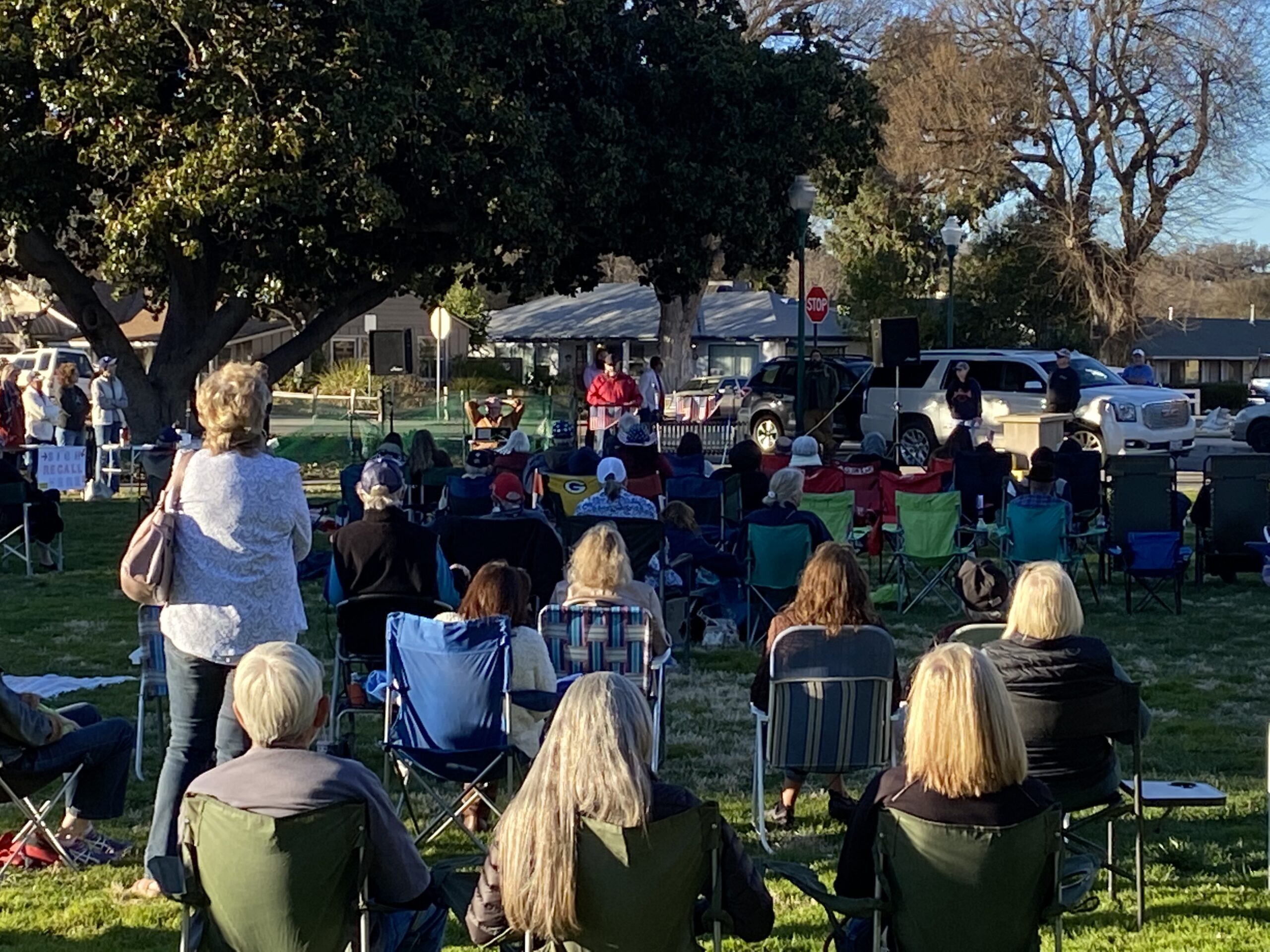 During the event, a passerby stopped her car near the Rotunda during Anderson’s speech and shouted at those assembled in the Sunken Gardens. Pastor Gabe and others went over and talked with her. Ultimately, the Atascadero Police arrived and an officer asked her to move her car because it was blocking the roadway.

At around 5 p.m., the crowd sang some patriotic songs and then quietly left.