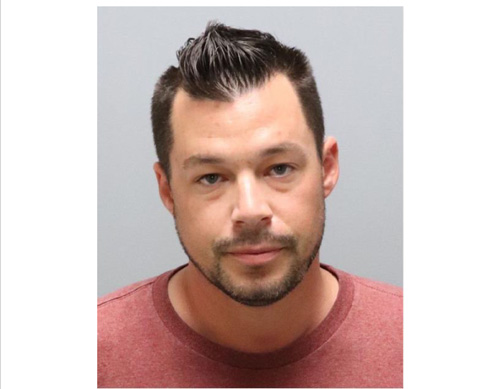 –Early Saturday morning, around 1:40 a.m., the Paso Robles Police Department received a call regarding a collision involving a gray vehicle and a pedestrian near Meadowlark and Deer Springs Dr. The gray car fled the scene and was last seen traveling eastbound on Meadowlark.

As officers were enroute to the call, the reporting party saw a second eastbound vehicle run over the pedestrian. The second vehicle was described as a dark-colored BMW.

Officers arrived on scene and located the victim, 22-year-old Steve Leon of Paso Robles. He was unresponsive in the street. Leon was pronounced dead on scene by paramedics from the Paso Robles Fire Department.

Officers began processing the crime scene and at about 4 a.m. and located a black BMW parked nearby in the 900 Block of Running Stag Way. The BMW contained evidence of being involved in the collision.

Officers contacted Christopher Winters, 32, of Paso Robles, and placed him under arrest for felony hit-and-run. Winters was later booked at the San Luis Obispo County Jail. He is being held in lieu of a $50,000 bail. 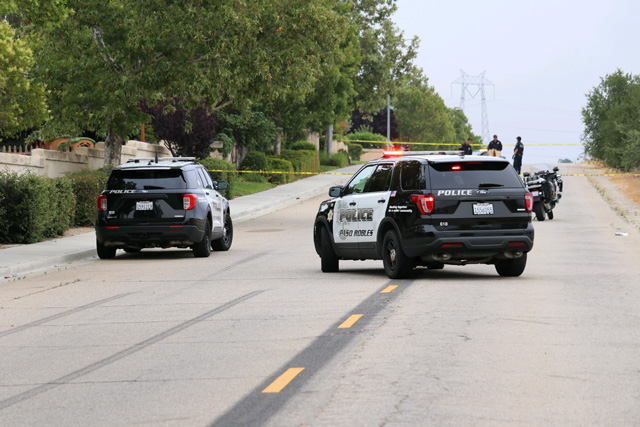 Paso Robles police were investigating the scene of the accident on Saturday morning.

Paso Robles police officers responded at a call for a “vehicle vs. pedestrian” accident on the southeast edge of town in Meadowlark Farms on Meadowlark Road near Deer Springs Drive.

One or two vehicles were seen leaving the area. One vehicle was possibly a BMW, according to police radio traffic.

Paso Robles Fire Department officials confirmed a deceased male was on the scene.

This is a breaking news report. No further information is available at this time. 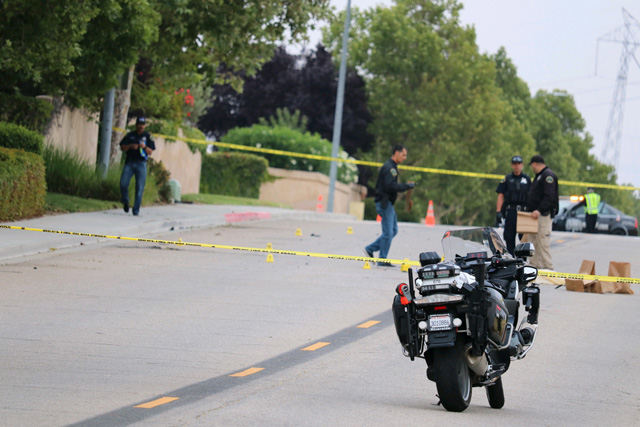