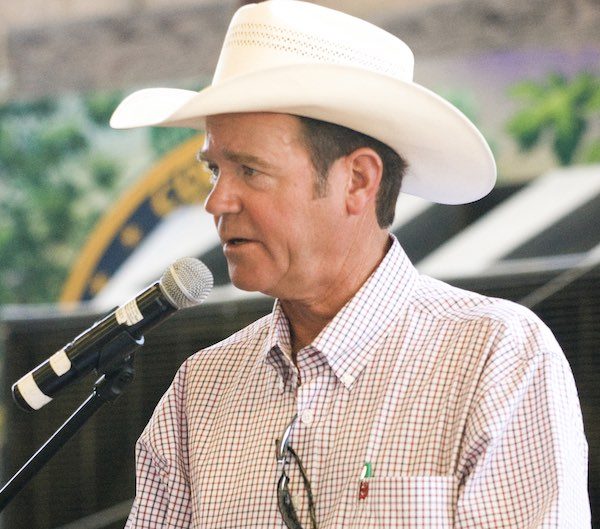 –The Board of Directors of the California Mid-State Fair has announced that Pete Clark is the recipient of the 2020 Country Rodeo Honoree.

Clark has been actively involved in the community his entire life, according to a press release from the fair. He is a past Director of the Paso Robles Chamber of Commerce and a fourth-generation member of the Rancheros Vistadores. Clark is co-founder of the San Luis Obispo County Meadow Muffin Golf Classic, an annual charity golf tournament benefiting the local Children’s Christmas Toy Bank. In 1994, he was appointed to the Board of Directors and served for eight years. During his tenure, Clark served as President of the Board and was on various committees. He was also selected as Cattleman of the Year in 2009. Pete has always actively promoted ranching, agriculture, and rodeo. He is still very active year-round with the fair and is a charter member of the Heritage Foundation.

Clark was inducted into the California Mid-State Fair Hall of Fame in 2012.

The Wrangler Country Rodeo, presented by Hearst, will showcase the best of the best during the event’s finals on Saturday, Aug. 1. Tickets will go on sale at a later date.

The 2020 California Mid-State Fair runs July 22 – Aug. 2 and this year it is celebrating it’s 75th Anniversary.