–Peter R Perino, 87, of Paso Robles, died on Oct. 8, 2015. Perino was born on Aug. 30, 1928 in Benld, Illinois where he lived with his parents Sisto and Pearl Perino until his graduation from high school. Upon graduation from Missouri School of Mines and Metallurgy in Rolla, Mo. with a bachelors degree in electrical engineering, he was drafted into the Army to work at Redstone Arsenal in Huntsville, Ala. 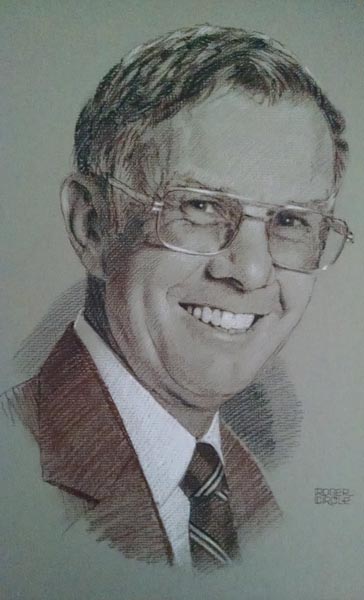 After his service in the Army, he was hired at Aerojet in Sacramento, where he met and married Nancy Wolfe. His professional career from approximately 1958-1975 included positions as chief engineer and vice president of the measurement systems division of Statham Instruments developing thin-film strain gauge transducers, a component in precision calibrated weighing devices. Perino also sat on the U.S. National Bureau of Standards. The Perino family lived in Northridge and Camarillo during this time. From the mid 1970s until retirement to Paso Robles in 1991, Perino resided in Whittier, and was president of Tranducers Incorporated in Cerritos, and eventually also a vice president of Eldec in Washington.

He was a member and elder of East Whittier Presbyterian Church and upon retirement to Paso Robles transferred his membership to First Presbyterian Church in Templeton where he was an elder, the business manager, and generous contributor. Perino played tennis several times a week into his early 80s, maintained a plentiful garden, and learned the art of cooking primarily Mediterranean cuisine.

Perino was preceded in death by his wife Nancy in 2004. He is survived by his wife, Jo-Ann Soderblum; sister, Perry Schmitts; two daughters, Carol Heirendt and Anne Spohnhauer; and two grandchildren, Kellie Kennan and Jake Spohnhauer.

When we get to heaven, we will find Perino at the feet of our Lord producing the celestial budgets and balance sheets and managing God’s heavenly assets…and hear the Lord say, “Well done, good and faithful servant.”