All incumbents for Heritage Ranch, San Miguel and Templeton CSDs get re-elected

Tuesday’s general election added new faces, along with some old ones, to community services districts in the North County. All incumbents in those races will continue to serve their communities in on their boards. 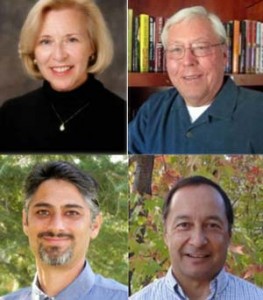 “I will listen, share ideas and opinions, study the issue”s and always be prepared,” Petersen said prior to the election. “Be professional, and demonstrate by example a strong work ethic.”

“I believe the future will require Templeton to have greater involvement with the San Luis Obispo Board of Supervisors, the planning commission and county staff as Templeton balances the needs of the community and utilizes the resources available to our community. I would like to be part of this process and help guide TCSD’s future,” Pelfrey said before the election. “I want to give back to my community and to preserve the nature and meaning of historic Templeton.”

For Heritage Ranch Community Services District, incumbent Bill G. Barker Jr. was challeged by Reginal “Reg” Cousineau, a real estate agent; C. Martin Rowley, a system analyst; and Francisca C. Ruiz-Wilde, a secretary. The top three vote-getters will join the board. Cousineau narrowly got a seat over next highest vote-getter Ruiz-Wilde. Only four votes separate the two. While 100 percent of the precincts are reporting, the results are unofficial and it is possible that Ruiz-Wilde could win the seat over Cousineau. There are 1,375 registered Heritage Ranch voters; 589 — 42.8 percent — went out to the polls.