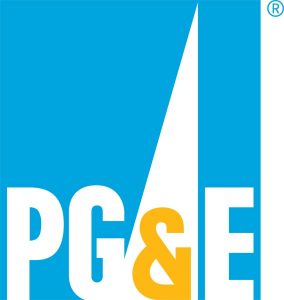 11 new directors will join board as 10 of the 13 current members, including board chair, retire

–In connection with its expected emergence from Chapter 11, PG&E Corporation recently announced the selection of a new board of directors upon emergence to help guide the company post-bankruptcy. The new board will consist of 14 members, 11 of whom are new and will be officially appointed to join the board at or prior to emergence from bankruptcy and following required bankruptcy court submissions. It is expected that the board of directors of utility subsidiary Pacific Gas and Electric Company will largely be the same as PG&E.

The changeover of the board is part of PG&E’s efforts to transform into a stronger company in order to improve operations and safety and better serve its customers and communities. The 11 new board members offer substantial expertise in key areas critical to the company’s work. These include utility operations and management, safety and environment, risk management, customer engagement, innovation and technology, regulatory affairs (state and federal), audit and finance, corporate governance, nuclear operations and decommissioning, and human capital and executive compensation. In addition, six of the 11 new directors are from California and have made their careers in the state, gaining extensive knowledge of the communities PG&E serves and the political, social, and physical environment in which the company operates.

Nora Mead Brownell, the current Chair of the PG&E board, said: “Putting in place a new Board is a critical component of PG&E’s plan to emerge from bankruptcy as a reimagined utility—one that is in touch with its customers and communities and is safe, reliable, financially stable, and capable of helping California meet its energy goals. I want to thank all of the retiring directors—as well as all of the employees—who together have worked so hard to navigate the very difficult issues this company has faced. This is the right time for a changeover given that the company will soon emerge from bankruptcy and start a new chapter. I am confident that our newly appointed Interim CEO, Bill Smith, and the rest of our senior management team will work collaboratively with the new Board to help PG&E continue to make fundamental changes and move forward.”

The new board will be comprised of the following (remaining board members indicated with an asterisk):

*Cheryl Campbell – Currently consultant, providing safety and leadership consulting and has 35 years of energy experience in interstate pipelines and utilities; previously 13 years at Xcel Energy (2004-2018), member of the U.S. Department of Transportation’s Gas Pipeline Advisory Committee (2013-2018), and member of the independent panel assessing the safety of 11 gas utilities in Massachusetts following the September 2018 explosions and fires in Merrimack Valley (2018-2020). Campbell has extensive experience with risk management, employee and public safety, and regulatory, environmental, and operating plans in the gas industry.

Kerry Cooper – Most recently President and COO of Rothy’s (2017-2020); previously CEO of Choose Energy (2013-2016), COO and CMO of ModCloth (2010-2013), VP, Global eCommerce of Walmart (2010), and CMO and VP, Marketing and Strategy of Walmart (2008-2010). Cooper has extensive experience in the consumer space, leveraging customer insights to create a better customer experience through a multi-channel approach, including mobile and online strategies.

Jessica Denecour – Most recently Senior VP and CIO of Varian Medical Systems; previously numerous roles at Agilent Technologies, including VP of Global IT Applications and Solution Services (2005), VP of Global Infrastructure and Operations Services (2000-2004), and Senior Director and CIO of Test and Measurement Group (1999-2000), and 16 years at Hewlett Packard. Denecour joins the Board with decades of experience in information technology and cybersecurity, having led IT transformations that encompassed customer, voice and data networks, data center operations, security, and technical computing.

Admiral Mark Ferguson – Currently Senior Advisor to private consultancies and the Institute for Defense Analysis and NATO Allied Command Transformation; previously 38-year career in the U.S. Navy, retiring in 2016 after having served as Commander of the U.S. Naval Forces in Europe and Africa and NATO Allied Joint Force Command (2014-2016) and Vice Chief of Naval Operations (2011-2014). Through Ferguson’s leadership positions in the U.S. Navy, he brings the PG&E Board decades of experience in nuclear reactor operations, risk and change management, cyber preparedness, legislative initiatives, personnel operations, and the efficient management of transportation and equipment assets.

Bob Flexon – Most recently CEO of Dynegy (2011-2018); previously CFO of UGI (2001-2011). Flexon’s expertise is in finance and accounting in the chemicals and oil and gas sectors. He brings experience in safety, workforce organization, and turnarounds having led both Dynegy’s 2011 bankruptcy and its culture transformation and M&A growth post-emergence.

Craig Fugate – Currently Chief Emergency Management Officer of One Concern (2017-present); previously Administrator of the Federal Emergency Management Agency (FEMA) (2009-2017), and Director of the Florida Division of Emergency Management (2001-2009). Fugate joins the Board with decades of experience at the local, state, and federal levels in disaster preparedness and management. He has overseen preparation and response efforts for disasters such as wildfires and hurricanes, health crises, and national security threats.

Arno Harris – Currently Managing Partner of AHC (2015-present); previously Executive Chair and CEO of Alta Motors (2017-2018), Founder, CEO and Board Chair of Recurrent Energy (2006-2015), CEO and General Manager of EI Solutions (2005-2006), and Founder and CEO of Prevalent Power, Inc. (2001-2004). Harris has dedicated his career to solving climate change through the intersection of technology, business, and public policy. He has extensive experience in the clean energy and electric mobility sectors with a focus on innovation, change, and advocacy.

Dean Seavers – Most recently President and Executive Director of National Grid (2015-2020); previously Founder, CEO and Board Member of Red Hawk Fire & Security (2012-2018), President of Global Services of United Technologies Fire and Security (2010-2011), and President and CEO of GE Security (2007-2010). Following a long career in managing operations in commercial and residential security companies, Seavers led National Grid’s business transformation, which included a focus on safety culture and performance. He is experienced in customer-centric initiatives and led the division of National Grid’s utilities into jurisdictions with jurisdictional presidents.

Ben Wilson – Currently Chairman of national law firm Beveridge & Diamond PC (2017-present), where he has spent his career since 1986. Through his work litigating and advising clients on environmental issues as well as his service as Monitor for the Duke Energy coal ash spill remediation project and as Deputy Monitor in the Volkswagen emissions proceedings, Wilson brings extensive experience in workplace safety, relevant environmental and wildlife protection legislation, and the need for communication, accountability, and transparency in dealing with customers and regulators.

*John Woolard – Currently CEO of Meridian Energy and Senior Partner at Activate Capital; previously President and CEO of BrightSource Energy (2006-2013), CEO of Silicon Energy Corp. (1998-2003), and VP of Energy at Google (2014-2016). Woolard has more than 20 years of leadership experience in the energy technology sector, developing world-class clean energy projects, and has extensive expertise in software and grid modernization solutions as well as California’s regulatory and policy goals in the energy sector.