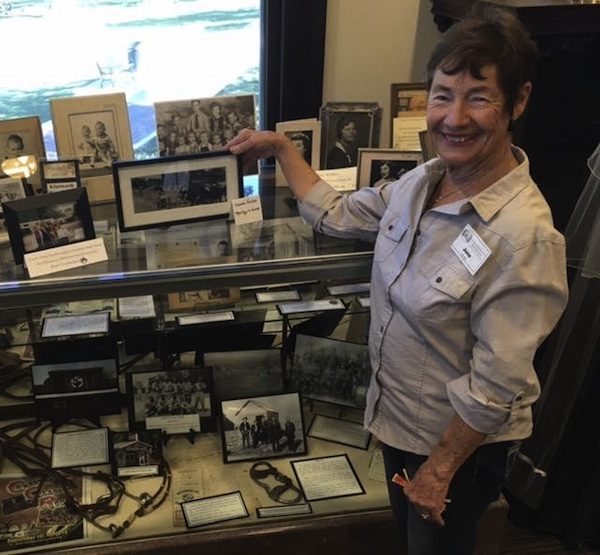 June Bertoni and her family display.

The display includes a wedding picture of June and (Marshall) John Bertoni, taken in 1956. They recently celebrated their 60th wedding anniversary. There are graduation photos of June and her mother from Paso Robles High School. There’s also a photo of her father, Chris Klintworth, who was Pioneer Day Marshall in 1977. 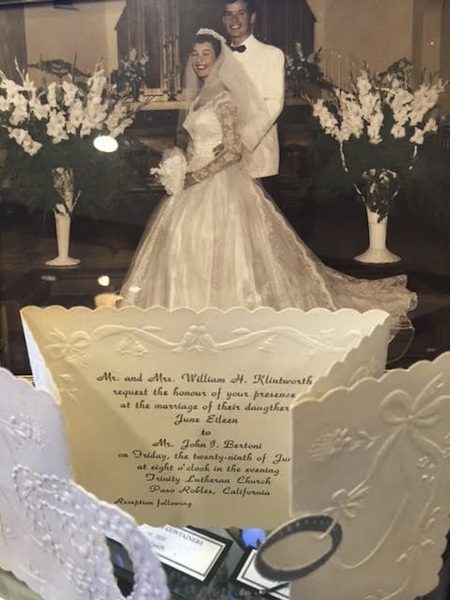 As a docent at the museum, June is often present to describe her relation to those in the photos. They include a baseball team from Creston who played the Pittsburgh Pirates during their spring training in the 1920’s. The photo includes three members of the Klintworth family and a Stemper. The photos include many pioneer ancestors of current Paso Roblans.

The Pioneer Day Parade is at 10 Saturday. Marshall John Bertoni and Queen June Bertoni will ride in a carriage once owned by Phoebe Hearst, mother of William Randolph Hearst.