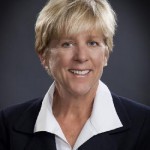 Higginbotham has served as a member of the Pismo Beach City Council for over a decade and is currently in her third term as Mayor for the City of Pismo Beach. She is the president of the League of California Cities, current past president of Channel Counties Division, former member of the Parks, Recreation and Beautification Commission and has volunteered at a number of local organizations, including: the Child Development Resource Center, 5 Cities Homeless Coalition, the Children’s Resource Network, and the People’s Self Help Housing board. 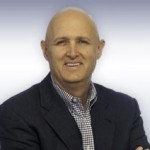 “John Peschong has a proven track record when it comes to protecting the region’s taxpayers,” said Higginbotham. “As our supervisor, I know that he will be committed to offering common-sense solutions that create jobs and spur economic growth. He has my full support.”

Peschong joins several other candidates in a race to replace current Supervisor Frank Mecham, who announced earlier this year that he would be retiring.

Peschong is a Republican strategist and partner at Meridian Pacific, a political consulting firm. He has previously contributed conservative political columns to The Tribune. He lives in Templeton with his wife, Anna, and their two children.