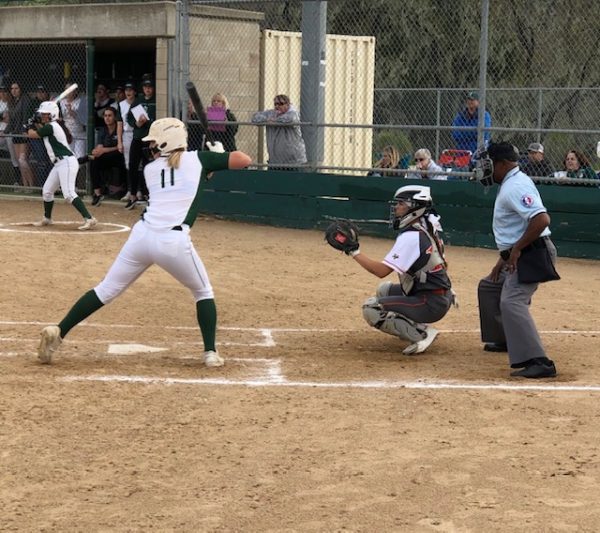 Ashley Daugherty at the plate.

–The Paso Robles Bearcats boys baseball team will face top-seeded Buchanon in the first round Wednesday. Buchanon is the #9 ranked team in the state.

Atascadero boys baseball team will also play on the road. The Greyhounds will play 5th-seeded Reedley on Wednesday.

Misson Prep boys baseball team will will have a home playoff game Wednesday against 13th-seeded North Bakersfield. The Royals are ranked 4th in the Division III Playoffs.