Police arrest man for brandishing firearm at children, near school 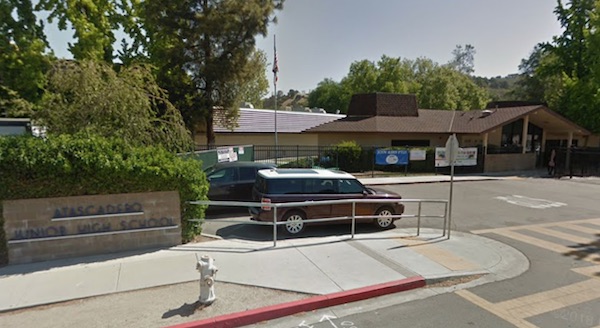 –On Monday at approximately 1:50 p.m., officers of the Atascadero Police Department were dispatched to a report of a man with a rifle entering the creek behind Atascadero Junior High School. Officers arrived in the area and learned the suspect had approached a resident on Capistrano Avenue while holding what appeared to be a rifle. The suspect then fled into the creek bed. The Atascadero Junior High School and Atascadero Unified District Office were placed on lockdown due to their proximity to the incident.

Officers established a perimeter and began a search for the suspect in the creek. Officers ultimately contacted Arthur Castellanos who admitted to having a BB gun rifle. The BB gun was located at the scene.

While this was occurring another person reportedly called APD stating their children, who lived in the same area, had a man brandish a rifle at them earlier while they were playing outside. Officers conducted an investigation and Castellanos was positively identified as the suspect in the brandishing incident.

Castellanos was placed under arrest and booked at San Luis Obispo County Jail for brandishing a firearm, probation violation, and a warrant.