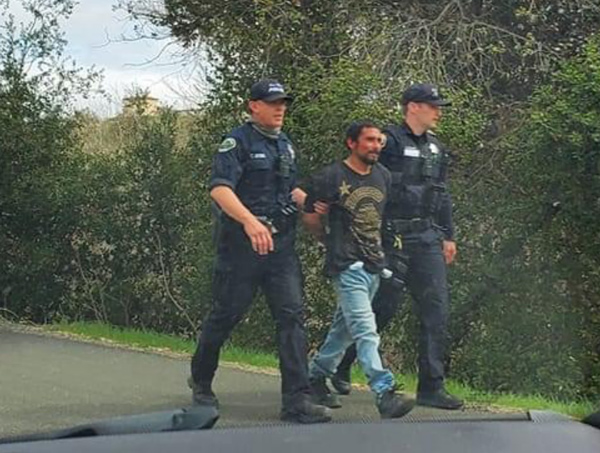 Police escort a robbery suspect near the Salinas Riverbed on Friday afternoon. Photo by Brandon Stier.

–Shortly after 11:30 a.m. on Friday morning, a man attempted to rob a person in the neighborhood near the Salinas Riverbed behind Albertson’s grocery store on Niblick Road. The attempted robbery was reported at Navajo Avenue and South River Road. The victim was shot by the suspect with a pellet gun and the suspect reportedly fled into the riverbed.

After receiving the call, officers from the Paso Robles Police Department began to set up a perimeter in the area. The suspect was described as a Hispanic male adult, short in stature, with black hair, wearing a black shirt with gold print on it.

An officer spotted a person matching the description running in the area of Viborg Sand and Gravel in the 1500 block of North River Road who later was determined be the suspect.

The suspect was caught and taken into custody. Police have not yet identified the suspect. 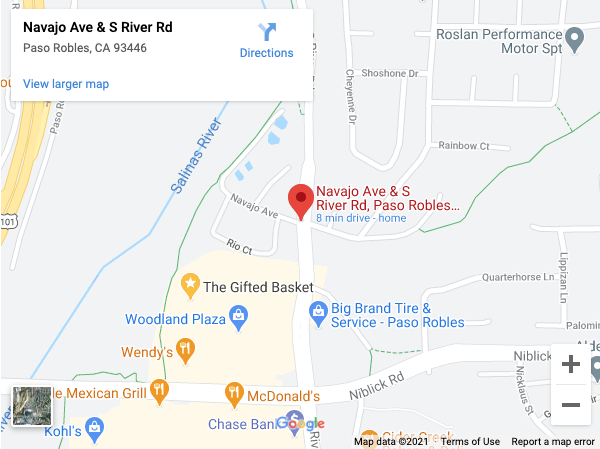