–At approximately 2 p.m. on Tuesday, Paso Robles Police and Emergency Services responded to the Salinas riverbed area behind Kohl’s in Paso Robles for a possible deceased person in the area. An eyewitness said a burned body was found.

Paso Robles Police commander Caleb Davis confirmed there was a dead body that is currently being investigated.

This is a developing story. No more information is available at this time. 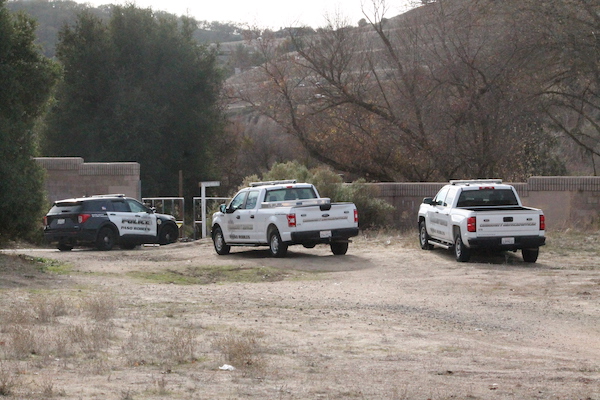 At 2 PM the PRPD and PRES were notified of a deceased body in the Salinas River bed just behind JCPenny. Officers…

-Report and photos by Anthony Reed