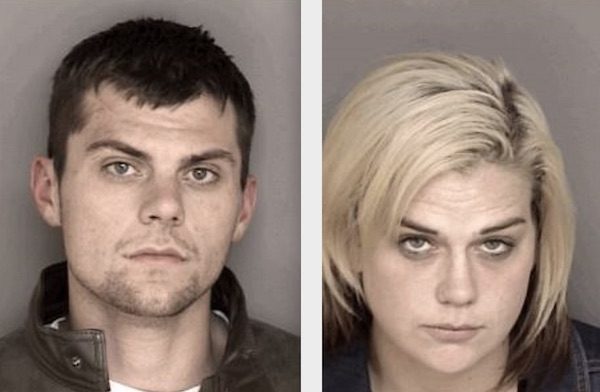 –The Sheriff’s Office is announcing the two people who were suspects in an attempted burglary in Nipomo have been arrested in Northern California.

The couple was last seen leaving the vicinity of a home where an alarm was sounding in the 1700 block of Trilogy Parkway in Nipomo. A witness in the neighborhood was able to take a photo of the male suspect before he and the female suspect fled the area. The couple was arrested yesterday on unrelated charges. They have been identified as 22-year-old Jimmy Butcher of Livingston, CA and 27-year-old Mariah Wright of Santa Maria.

The Sheriff’s Office would like to thank all those who contacted them with tips and information which led to the identification of these two people. 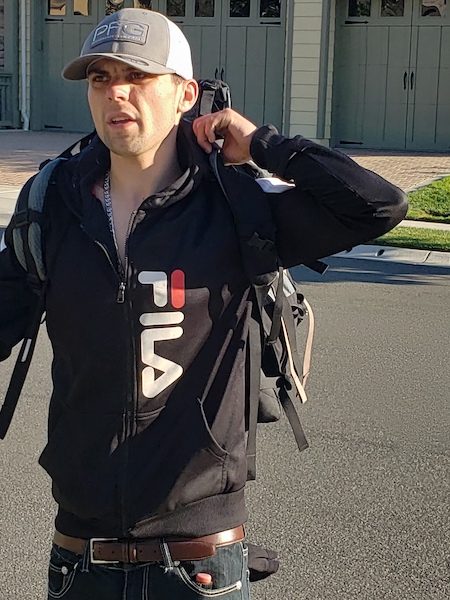 –On Monday, a San Luis Obispo County Sheriff’s Deputy was dispatched to an audible alarm sounding from a home in the 1700 block of Trilogy Parkway in Nipomo.

When the deputy arrived, a witness next door, described hearing the alarm and then encountering a young couple leaving the vicinity of the home where the alarm was sounding.

The witness spoke with the couple but they were unable to give a credible reason why they were in the neighborhood. The couple then ran off but not before the witness was able to take a photograph of the male suspect. He is described as a White male adult, mid 20s, approximately 5’6″-5’10” tall, approximately 150-170 pounds, wearing a black FILA sweatshirt with no shirt underneath and a silver chain around his neck. The suspect was also wearing a PFG hat along with a black backpack and blue jeans.

The sheriff’s office also released a video of the attempted break in. Click here to watch it on their Facebook page.

The other suspect is described as a white female adult, mid 20s, heavier set, with light brown hair. She was wearing a baseball hat, blue jeans and a backpack.