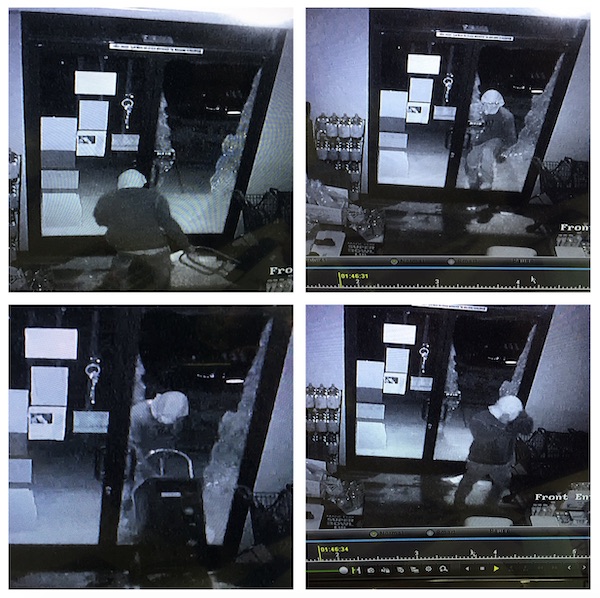 –The Paso Robles Police are seeking the public’s help in identifying a suspect who broke into a local market and stole a safe.

In the early morning hours of Jan. 23, an unknown suspect threw a large rock through the glass doors of a local market.
The suspect returned about 10 minutes later and entered the business. Once inside, the suspect stole a safe. The suspect was caught on surveillance footage at the business and appears to be a male, about 5’08”- 5’10” tall, weighing 160 – 200 lbs, wearing dark clothing with a cloth covering his face.

After leaving the store, the suspect met up with somebody waiting in a nearby vehicle. The vehicle is described as a light-colored 4-door sedan.

We are asking the public’s assistance for information regarding this burglary. This is an ongoing investigation and anyone with information about this case is encouraged to call the Paso Robles Police Department at (805) 237-6464. Persons wishing to remain anonymous are encouraged to call Crime Stoppers’ 24-hour hotline at 549-STOP or by texting “SLOTIPS” plus your message” to CRIMES (274637).