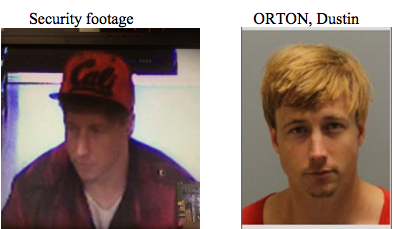 –On Aug. 10, Paso Robles Police responded to Orchard Supply Hardware, 2005 theatre Dr., for a report of a theft of power tools that occurred the previous day. Security personnel at the business provided a picture of the suspect taken from the store’s security cameras. At the time, the identity of the suspect was unknown and the Paso Robles Police Department sent out the photograph asking for the publics’ assistance in identifying the suspect.

On Aug 12, the Paso Robles Police Department received an anonymous tip that the suspect was Dustin Anthony Orton (28) of Paso Robles. Orton was located in the 200 block of Melody St in Paso Robles where he was questioned about his involvement in the theft. Orton admitted that he was responsible for the theft and handed over all of the stolen property to officers, according to the police. Orton was taken into custody on several theft related charges and an unrelated outstanding warrant. He was subsequently transported to San Luis Obispo County Jail. 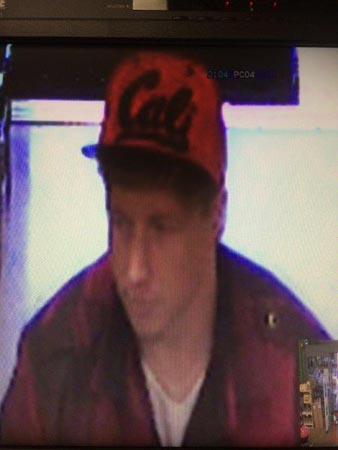 –The Paso Robles Police Department is seeking the public’s assistance in identifying a theft suspect they say stole tools and associated batteries from Orchard Supply Hardware in Paso Robles on Aug. 7.

The Paso Robles Police Department is requesting assistance with identifying the suspect. Please call dispatch with any information at (805) 237-6464, and reference case number 16-2230/ Officer Torres.