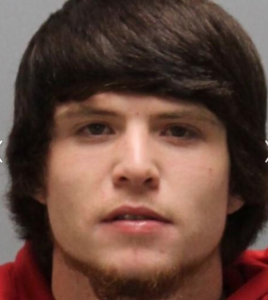 –On Wednesday, April 11, at approximately 12:35 p.m., the Paso Robles Police Department received a report of a theft that had occurred earlier at a residence in the 500 block of Red Cloud Road. According to the reporting party, an unknown male suspect stole an unattended package from her front porch and the theft was captured on her home security surveillance system. The victim reported she has a motion activated ‘Ring’ doorbell system which alerted her that two packages she was expecting had been delivered to her residence. A short time after this delivery, she was alerted about more motion near her front door. When she checked the video system, she saw an unknown male suspect take one of the packages and run away. She then called the police department.

Images of this suspect were disseminated via the Paso Robles Police Department NextDoor account, and the victim uploaded the images and video to her social media page. A PRPD sergeant recognized the suspect from previous contacts. Members of the community also notified the police department to provide numerous tips as to his identity. As a result of all this information, the suspect has been positively identified as 20-year-old Bradley resident Jordan Patrick Riley. Riley has been contacted and provided a statement. He is no longer wanted for questioning in this investigation.

The investigation will be submitted to the SLO County District Attorney’s Office seeking a criminal complaint to be filed on Riley for petty theft. The value of the stolen merchandise was estimated at under $50. There were no injuries during this incident. This is an ongoing investigation and anyone with information about this case is encouraged to call the Paso Robles Police Department at 805-237-6464. Persons wishing to remain anonymous are encouraged to call Crime Stoppers’ 24-hour hotline at 549-STOP or by texting “SLOTIPS” plus your message” to CRIMES (274637). 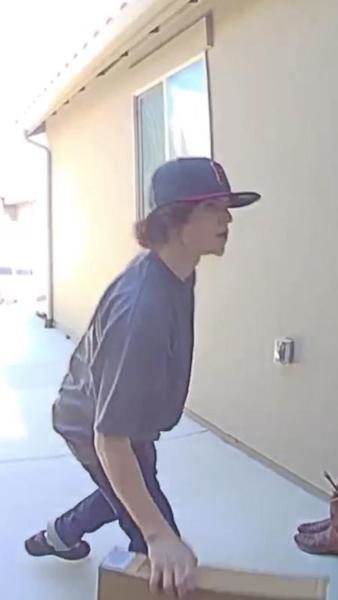 –The Paso Robles Police Department is asking for the public’s assistance identifying a suspect who took a package from a home in the 500 block of Red Cloud Road Wednesday around 12:16 p.m.