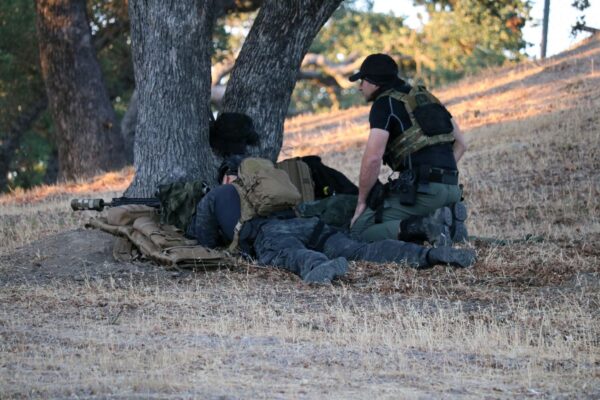 -On Tuesday, June 06,  at approximately 1:15 a.m., members of the San Luis Obispo Regional Special Weapons and Tactics (SWAT) team were involved in a fatal shooting while attempting to arrest an armed and barricaded suspect.

The suspect, a 32-year-old man from Los Angeles, was shot by SWAT when he failed to surrender and instead reached for a handgun. The suspect was pronounced dead and the handgun was recovered at the scene. No bystanders or police officers were injured.

The PRPD led investigation began earlier in the day at approximately 4 p.m., near the 2400 block of Branch Creek Circle, in Paso Robles. Officers were dispatched to the apartment complex after reports the suspect had discharged a firearm from the balcony of an apartment. The suspect also allegedly pointed the same gun at his girlfriend and threatened to shoot her.

“I requested the assistance of the SLO Regional SWAT team due to the hire risk nature of this situation,” says Paso Robles Police Chief Ty Lewis, “The suspect was armed with a gun and had barricaded himself in an apartment, refusing to cooperate with officers. The suspect fired several shots at officers while they attempted to negotiate with him. This situation posed extreme risk to the community and officers. Unfortunately, this event ended tragically when the suspect ignored officer commands and reached for his gun. The officers were left with no choice but to defend themselves.”

SWAT medics and Paso Robles Emergency Services personnel provided immediate treatment to the suspect be he ultimately succumbed to his wounds. 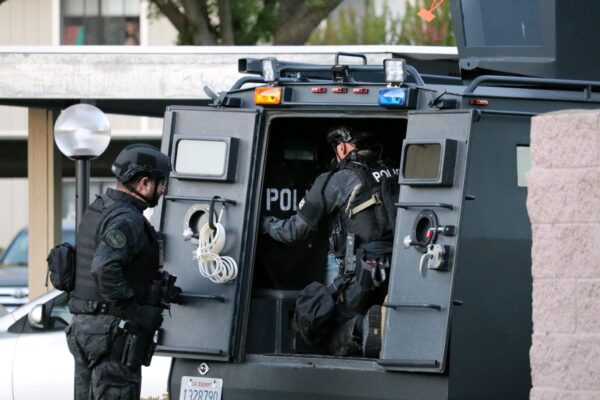 Chief Lewis will hold a press conference about the investigation at 12 p.m. today at the Paso Robles City Council Chambers, 1000 Spring Street.

The investigation continues as PRPD investigators work with the San Luis Obispo District Attorney’s Office, and the San Luis Obispo County Sheriff’s Department to investigate the shooting. Anyone with information about this or similar crimes should contact the PRPD at 805-237-6464, or persons wishing to remain anonymous are encouraged to call Crime Stoppers’ 24-hour hotline at 805-549-STOP or by texting “SLOTIPS” plus your message” to CRIMES (274637).

-A police standoff was reported at the Dry Creek Apartments in Paso Robles Monday evening. According to a report from the scene of the incident, a domestic violence call turned into a barricade situation between a male suspect and Paso Robles Police. The suspect reportedly pointed a gun at an officer from the inside of an apartment. After the suspect pointed the gun at one of the officers, the San Luis Obispo County SWAT team was called. The SWAT team was still currently at the scene as of 8 p.m. Monday evening.

Residents at Dry Creek Apartments were being evacuated.

No further information is available at this time. Updates will be posted when more details are received.

-Photos and report by Jason Brock