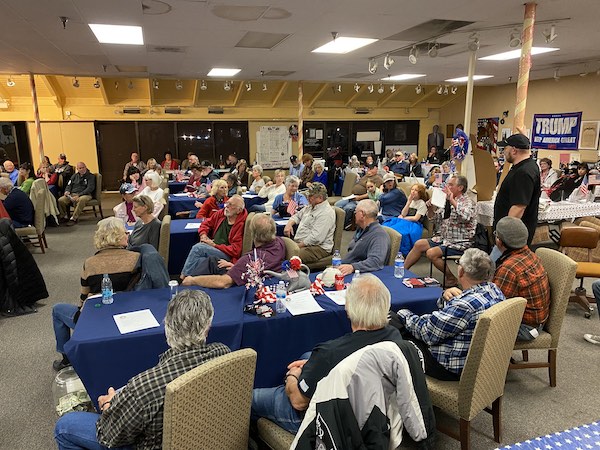 –Political pundit Steve Frank made a rare appearance in the San Luis Obispo County Monday. Frank spoke to over 100 people at the Monday night Tea Party meeting in Atascadero at Republican headquarters.

Among other things, Frank talked about church and school closures by Governor Gavin Newsom. He said the Vons supermarket across the street from his wife’s Methodist Church limited occupancy to 461 people. The church allowed only ten people. He advised the church to conduct their services in the produce section of Vons. 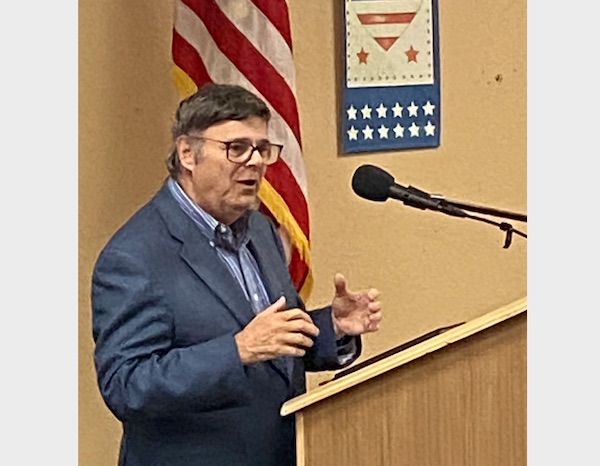 Frank talked about his long history in politics in California dating back to 1960. He walked precincts for Richard Nixon and served on the Goldwater Campaign. He says working on political campaigns is infectious. He encouraged people to get involved, to write letters to the editor, to call in to talk shows and share opinions.

Several years ago, Frank ran unsuccessfully for chairman of the California Republican Party.

Frank writes a newsletter and appears on about a dozen radio stations in California. Steve Frank appears on KPRL AM radio at 12:30 on Thursdays.