‘Pona’ the Fossa laid to rest at Charles Paddock 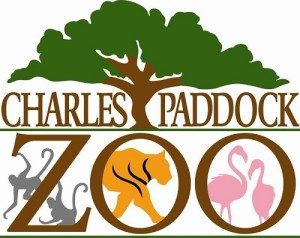 –The City of Atascadero and the Charles Paddock Zoo recently announced that the zoo’s 20-year-old male fossa, named “Pona,” was laid to rest last week.

Pona originally came to the zoo from the Suffolk Wildlife Park in the United Kingdom in January of 2005. At that time, there were only a few fossa in the United States.

When Pona first arrived at the Zoo, most people had no knowledge about fossas, but then they gained in popularity with the release of the DreamWorks movie, “Madagascar,” which featured them as some of the main characters. Within weeks, zoo staff members were being asked if the zoo had a fossa and were very pleased to be able to say that they did.

Pona was a popular fixture at the zoo, entertaining and capturing the hearts of many visitors. On average, fossas typically live to their mid-teen years, but at age 20, Pona had far exceeded that average. He had a long and healthy life at the zoo, but over the course of the past year, Pona began to develop various age-related problems.

The zoo’s veterinary technician, animal care staff and veterinarian had been closely monitoring his condition on a daily basis, while working to keep Pona as comfortable as possible. Finally, his condition deteriorated last week and the tough decision was made to humanely euthanize him.

Pona enjoyed interacting with his keepers, differing from many fossas in captivity that usually don’t want the company of people. In general, fossas are full of energy and are very active. Pona was no exception, but recently and being a little older, he enjoyed sleeping during the afternoon. Zoo visitors would generally best be able to enjoy Pona in the mornings when he was being fed. Keepers would hide food throughout his exhibit each day, which encouraged him to sniff, hunt and climb.

Zoo Director Alan Baker says that the keepers are heartbroken over his loss, and it is always hard on the keepers when an animal under their care passes away. However, they know that Pona had the best care possible and that they had been given a unique opportunity to be able to care for him. To ensure that Pona will continue to assist the Zoo’s conservation efforts, tissue samples were sent to various facilities that are currently studying fossa health and husbandry.

The zoo is working with the Association of Zoos and Aquariums (AZA) Fossa Species Coordinator to determine the future of the fossa program at the zoo. The next new exhibit complex at the zoo was already planned to be a new Madagascar Lemur/Fossa complex, that would allow for the zoo to become a breeding facility for these species.

Anyone wishing to make a gift donation for this exhibit in Pona’s name should send it to the Friends of the Charles Paddock Zoo Fossa Exhibit Fund, at 9305 Pismo Avenue, Atascadero, CA 93422.

A relative of the mongoose, the fossa is one of the top predators on the island of Madagascar and they are unique to that island, being found solely in Madagascar’s forested habitats. The species is currently threatened due to habitat loss.

Over 300 animals make their home at the Charles Paddock Zoo, including red pandas, monkeys, meerkats, parrots, a Malayan Tiger, a variety of reptiles and much more. The Charles Paddock Zoo is located next to Atascadero Lake Park off Highway 41 and is open every day from 10 a.m. to 4 p.m. For more information, visit www.charlespaddockzoo.org.