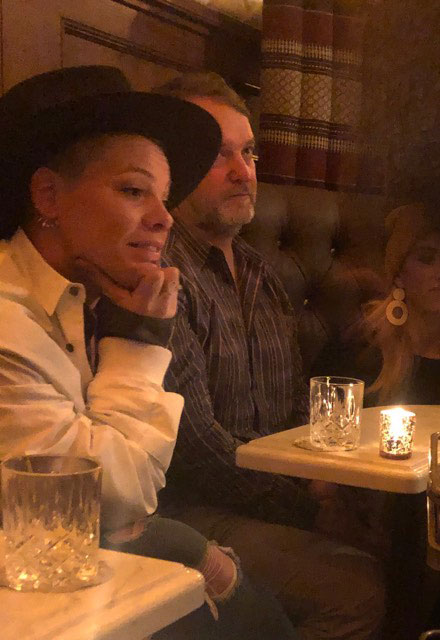 Pink was seen Tuesday night having cocktails at 1122 speakeasy in Paso Robles.

Tuesday night she visited speakeasy 1122, behind Pappy MacGregors. “She sat next to us at 1122,” says Paso Robles resident Pamela Spears. “Super nice and chill. She introduced herself to the four of us in the corner just before joining her friends for drinks. Very nice group of people.”

After cocktails at 1122, she hopped over to the Pine Street Saloon. She even sang karaoke, says owner Ron French. Watch a clip of her singing Janis Joplin’s “Me and Bobby McGee” to a crowd of revelers dancing along:

Last year Pink released her eighth album, Hurts 2B Human. In November, she finished up her seventh concert tour, Beautiful Trauma. She doesn’t have any concerts scheduled for this year, so far.

Some of Pink’s greatest hits include:

A recent Instagram post “Family ride day” from Pink of a motorcycle ride near a local winery: