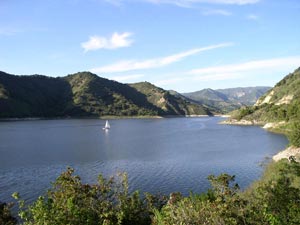 –On Sunday afternoon, the San Luis Obispo County Sheriff’s Office received a call of a possible drowning at Lopez Lake in the area known as the Lopez Arm. Deputies responded to the scene along with Cal Fire.

Divers from the Sheriff’s Underwater Search and Recovery Team responded to the scene but were unable to locate the victim that day. The divers returned to the location on Monday and Tuesday to search but their efforts were hampered by the zero visibility conditions in the water.

The Coroner’s Unit of the San Luis Obispo County Sheriff’s Office has identified the victim as 39-year-old David Sanchez of Grover Beach.

An autopsy is planned for this week to determine the manner and cause of death.