“I, Richard Harrison, am submitting my resignation from the San Miguel Community Services District Board of Directors, effective immediately. I regretfully take this action due to not being able to work with a few board members abusing their use of power over the San Miguel CSD. I cannot and will not be a part of these violations of the law. 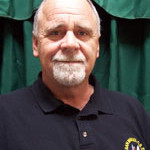 “The last couple of years have been a burden, since a few board members have pushed their personal agendas, making harmful decisions for the future of the San Miguel Community Services District. They refuse to listen to or work with other board members, district counsel, district staff and the public to do what’s best for the community.

“Now, we have a few board members harming other individuals and myself. These acts include personal attacks such as posting signs in non-legal areas. They are planning to take advantage (make a profit) of the San Miguel Community Services District. They are threatening major department cutbacks in order to pay themselves stipends and provide themselves laptops and phone allowances. They are harassing the San Miguel CSD employees, staff and other directors.

“These directors have improperly held private meetings to make decisions on San Miguel CSD issues before the regular board meetings are held. They have worked together to avoid correcting important district issues and business such as the White Oak matter, as required by law, and have manipulated many other items. Instead, they’re making special deals and allowing past due bills and debts of a director to remain unpaid. They brag about how they’re going to terminate or cutback a particular employee’s salary.

“The belief of “Paying It Forward” has been mine, as well as past board members’ contribution to the community; this has been part of what I’ve given back for living in a fantastic area. I’ve enjoyed serving on the San Miguel CSD Board since February 2000 and serving on other various Boards and Committees in San Miguel since 1988.

“I wish San Miguel the best and as I’ve always said, “What Goes Around; Come Around.”